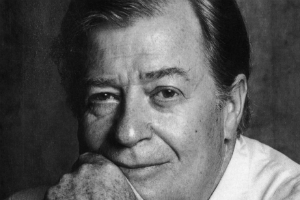 Although he began his career as a screenwriter and director, he found his literary niche in thick novels, at least five best-sellers, all set in the Far East. "King Rat" and "Tai-Pan" became feature films, and "Shogun" and "Noble House" into TV dramas.

Although panned by critics, he was one of the most widely read novelists of the century, providing genuinely stimulating literary entertainment. His 1986 blockbuster set in Iran, "Whirlwind," was auctioned for $5 million, a record at the time.

He had a lifelong affinity with the Far East that was not dimmed by his first-hand experience of a Japanese concentration camp. A Captain with the British Royal Artillery, he was captured during WW II and interred in the notorious Changi prison in Singapore 1942-1946. Tortured and forced into anti-ally propaganda, he was suspected of collaboration and given a dishonorable discharge.

Clavell married April in 1951 and they had two daughters, Michaela and Holly. Two years later he moved to Hollywood to work on a screenplay and stayed as a Hollywood screenwriter, creating "The Fly" in 1958 and "To Sir With Love," which he also directed and produced, in 1967. In 1963 he became a U.S. citizen.