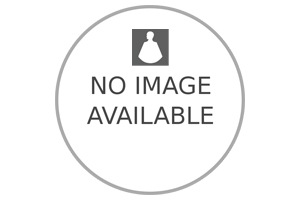 Zucker was born in Milwaukee, Wisconsin, the son of Charlotte A. (Lefstein) and Burton C. Zucker, who was a real estate developer. He graduated from Shorewood High School. Zucker is married to Dr. Danielle (Ardolino) Zucker, with whom he has two children, Charles and Sarah. David and Danielle married in May 1997. His younger brother, Jerry, is his filmmaking partner. The Zucker brothers have a sister, Susan Breslau.

He co-directed several films including Airplane! in 1980 and Top Secret! in 1984; along with his brother, Jerry, and Jim Abrahams, the trio make up the ZAZ team of directors. He has also worked with Pat Proft (with whom he first teamed up on the Naked Gun show Police Squad!) and Craig Mazin (writer of three of the five Scary Movies).

Looking back on his career in 2009, Leslie Nielsen said the best film he appeared in was The Naked Gun, and that Zucker was his favorite director to work with. Nielsen said of him, "He came to me one time and said, 'Leslie, I'll never make you do anything that is not funny.' And he kept his word."

ZAZ and Proft helped develop the parody genre of films, in which jokes are spit out with rapid-fire, using puns, physical humor, wit, and double entendres. Some of the veteran actors of ZAZ's vision of parody include Leslie Nielsen, Lloyd Bridges, Charlie Sheen, Julie Hagerty, and Anna Faris (Faris starred in four of the Scary Movie series).

In his movies, his mother, Charlotte (March 10, 1921 - September 5, 2007) was often cast in a small bit part (like one of the Lucille Ball impersonators in Rat Race, and Vincent Ludwig's secretary, Dominique, in The Naked Gun: From the Files of Police Squad!).

Zucker has stated that his dream project is a Davy Crockett biopic. He mentioned his enthusiasm for the Davy Crockett project during an interview in 2006 for the feature length documentary, "That Guy: The Legacy of Dub Taylor", on the life of Dub Taylor, which has received support from the Taylor Family and many of Dub's previous co-workers, including Bill Cosby, Peter Fonda, Dixie Carter, Don Collier, Cheryl Rogers-Barnett, as well as many others. The project had its World Premiere at Taylor's Childhood Hometown of Augusta, Georgia on April 14, 2007. The project is from Executive Producers Stokes and James Kicklighter from JamesWorks Entertainment and Professor Pauper Productions. Part of his interview is on YouTube.