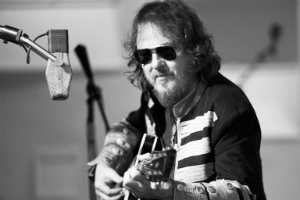 Adelmo Fornaciari Cavaliere di Gran Croce OMRI (born 25 September 1955), more commonly known by his stage name Zucchero Fornaciari or simply Zucchero is an Italian singer-songwriter and musician, with an Order of Merit of the Italian Republic. His stage name Zucchero is the Italian word for sugar, as his elementary teacher used to call him. His music is largely inspired by gospel, soul, blues and rock music, and alternates between Italian ballads and more rhythmic R&B-boogie-like pieces. He is credited as the "father of the Italian blues", introducing the blues music on the big stage in Italy. He is one of the few European blues artists who still enjoy great international success.
In his career, spanning more than three decades, Fornaciari has sold over 50 million records around the world, and internationally his most successful singles are "Diamante", "Il Volo/My Love", "Baila (Sexy Thing)/Baila morena", and the duet "Senza una donna (Without a Woman)" with Paul Young. He has achieved numerous awards, including four Festivalbar, six Wind Music Awards, two World Music Awards (1993, 1996),[7] six IFPI Europe Platinum Awards, and a Grammy Award nomination. He collaborated and performed with many famous artists, including Eric Clapton, Jeff Beck, Stevie Ray Vaughan, Brian May, Miles Davis, Ray Charles, B. B. King, Sting, Bono, Paul Young, Peter Gabriel, Luciano Pavarotti, Andrea Bocelli among others.
Early life
Adelmo Fornaciari was born 25 September 1955 in Roncocesi, frazione (small village) near Reggio Emilia in Italy. His father Giuseppe Fornaciari and mother Rina Bondavalli came from countryside families. At the young age was the goalkeeper of A.C. Reggiana 1919. He spent most part of his childhood in the seaside town of Forte dei Marmi (Province of Lucca, Tuscany). In the childhood sang in the choir and played an organ in the local church. At the age of 12-13 he discovered American soul and blues music thanks to an African American friend James from Memphis who was studying in Bologna and lived near his home. The first song he played to him was (Sittin' On) The Dock of the Bay by Otis Redding, and he immediately became fond of soul music. From him learned to play on guitar songs by Redding, Marvin Gaye, and Sam & Dave. From that moment Fornaciari pulled friends together to play rhythm and blues, finding his way in merging black music and Mediterranean music. He started writing own songs when was 13–14 years old, and after learning basic instruments, from 16 also played tenor saxophone. In Forte dei Marmi would finish high school for technician, and soon again move to another city Carrara.