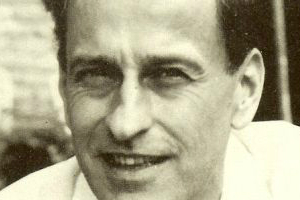 Roger Joseph Zelazny (May 13, 1937 – June 14, 1995) was an American writer of fantasy and science fiction short stories and novels, best known for his The Chronicles of Amber series. He won the Nebula award three times (out of 14 nominations) and the Hugo award six times (also out of 14 nominations), including two Hugos for novels: the serialized novel ...And Call Me Conrad (1965; subsequently published under the title This Immortal, 1966) and then the novel Lord of Light (1967).

Roger Zelazny was born in Euclid, Ohio, the only child of Polish immigrant Joseph Frank Zelazny and Irish-American Josephine Flora Sweet. In high school, he became the editor of the school newspaper and joined the Creative Writing Club. In the fall of 1955, he began attending Western Reserve University and graduated with a B.A. in English in 1959. He was accepted to Columbia University in New York and specialized in Elizabethan and Jacobean drama, graduating with an M.A. in 1962. His M.A. thesis was entitled Two traditions and Cyril Tourneur: an examination of morality and humor comedy conventions in The Revenger's Tragedy. Between 1962 and 1969 he worked for the U.S. Social Security Administration in Cleveland, Ohio and then in Baltimore, Maryland spending his evenings writing science fiction. He deliberately progressed from short-shorts to novelettes to novellas and finally to novel-length works by 1965. On May 1, 1969, he quit to become a full-time writer, and thereafter concentrated on writing novels in order to maintain his income. During this period, he was an active and vocal member of the Baltimore Science Fiction Society, whose members included writers Jack Chalker and Joe and Jack Haldeman among others.

Zelazny was married twice, first to Sharon Steberl in 1964 (divorced, no children), and then to Judith Alene Callahan in 1966 (he had also been engaged to folk singer Hedy West for six months in 1961/62). Roger and Judy had two sons, Devin and Trent (an author of crime fiction) and a daughter, Shannon. At the time of his death, Roger and Judy were separated and he was living with author Jane Lindskold.

His first fanzine appearance was part one of the story "Conditional Benefit" (Thurban 1 #3, 1953) and his first professional publication and sale was the fantasy short story "Mr. Fuller's Revolt" (Literary Calvalcade, 1954). As a professional writer, his debut works were the simultaneous publication of "Passion Play" (Amazing, August 1962) and "Horseman!" (Fantastic, August 1962). "Passion Play" was written and sold first. His first story to attract major attention was "A Rose for Ecclesiastes", published in The Magazine of Fantasy and Science Fiction, with cover art by Hannes Bok.

Roger Zelazny was also a member of the Swordsmen and Sorcerers' Guild of America (SAGA), a loose-knit group of Heroic Fantasy authors founded in the 1960s, some of whose works were anthologized in Lin Carter's Flashing Swords! anthologies.

Raised as a Catholic by his parents, Zelazny later declared himself a lapsed Catholic and remained that way for the rest of his life. "I did have a strong Catholic background, but I am not a Catholic. Somewhere in the past, I believe I answered in the affirmative once for strange and complicated reasons. But I am not a member of any organized religion."

In his stories, Roger Zelazny frequently portrayed familiar-seeming worlds with plausible magic systems and/or casually supernatural beings. His novels and short stories often involve characters from myth, depicted in the modern world. Zelazny was also apt to include numerous anachronistic present-day elements, such as cigarette-smoking (see below) and references to various drama classics into his fantasy and science-fiction works. His crisp, minimalistic dialogue also seems to be somewhat influenced by the style of wisecracking hardboiled crime authors, such as Raymond Chandler or Dashiell Hammett. The tension between the ancient and the modern, surreal and familiar was what drove most of his work.

A very frequent motif in Zelazny's work is immortality or people who (have) become gods. The mythological traditions his fiction borrowed from include:

Classical Greek mythology, in ...And Call Me Conrad

Hindu mythology, in Lord of Light

Norse mythology, in The Mask of Loki

Egyptian mythology in Creatures of Light and Darkness

Christian mythology, in the novelette A Rose for Ecclesiastes

Navajo mythology, in Eye of Cat

Additionally, elements from Norse, Japanese and Irish mythology, Arthurian legend as well as several references to real history appear in his magnum opus, The Chronicles of Amber.

Aside from working with mythological themes, the most common recurring motif of Zelazny's is the "absent father" (or father-figure). Again, this occurs most notably in the Amber novels: in the first Amber series, the main protagonist Corwin searches for his lost, god-like father Oberon; while in the second series, which focuses on Corwin's son Merlin (not to be confused with the Arthurian Merlin!), it is Corwin himself who is strangely missing. This somewhat Freudian theme runs through almost every Zelazny novel to a smaller or larger degree. Roadmarks, Doorways in the Sand, Changeling, Madwand, A Dark Traveling; the short stories "Dismal Light", "Godson", "The Keys to December"; and the Alien Speedway series all feature main characters who are either searching for or have lost their fathers. Zelazny’s father, Joseph, died unexpectedly in 1962 and never knew his son’s successes as a writer; this event may have triggered Zelazny's unconscious and frequent use of the absent father motif.

Two other personal characteristics that influenced his fiction were his expertise in martial arts and his addiction to tobacco. Zelazny became expert with the épée in college, and thus began a lifelong study of several different martial arts, including Karate, Judo, Aikido (which he later taught as well, having gained a black belt), T'ai Chi, Tae Kwon Do, Hapkido, Hsing I, and Pa Kua. In turn, many of his characters ably and knowledgeably use similar skills whilst dispatching their opponents. Zelazny was also a passionate cigarette and pipe smoker (until he quit in the early '80s), so much so, that he made many of his protagonists heavy smokers as well. However, he quit in order to improve his cardiovascular fitness for the martial arts; once he had quit, characters in his later novels and short stories stopped smoking too.

Another characteristic of Zelazny's writing is that many of his protagonists had sufficient familiarity with other languages to be able to quote French, German, Italian or Latin aphorisms when the occasion seemed appropriate (or even inappropriate), although Zelazny himself did not speak any of those languages.

He also often experimented with form in his stories. The novel Doorways in the Sand practices a flashback technique in which most chapters open with a scene, typically involving peril, not implied by the end of the previous chapter. Once the scene is established, the narrator backtracks to the events leading up to it, then follows through to the end of the chapter, whereupon the next chapter jumps ahead to another dramatic non-sequitur.

In Roadmarks, a novel about a road system that links all possible times, places and histories, the chapters that feature the main protagonist are all titled "One". Other chapters, titled "Two", feature secondary characters, including original characters, pulp heroes, and real historical characters. The "One" storyline is fairly linear, whereas the "Two" storyline jumps around in time and sequence. After finishing the manuscript, Zelazny shuffled the "Two" chapters randomly among the "One" chapters in order to emphasize their non-linear nature relative to the storyline.

Creatures of Light and Darkness, featuring characters in the personae of Egyptian gods, uses a narrative voice entirely in the present tense; the final chapter is structured as a play, and several chapters take the form of long poems.

Zelazny also tended to write a short fragment, not intended for publication, as a kind of backstory for a major character, as a way of giving that character a life independent of the particular novel being worked on. At least one "fragment" was published, the short story Dismal Light, originally a backstory for Isle of the Dead's Francis Sandow. Sandow himself figures little in Dismal Light, the main character being his son, who is delaying his escape from an unstable star system in order to force his distant father to come in and ask him personally. While Isle of the Dead has Sandow living a life of irresponsible luxury as an escape from his personal demons, "Dismal Light" anchors his character as one who will face up to his responsibilities, however reluctantly.

Another common stylistic approach in his novels is the use of mixed genres, whereby elements of each are combined freely and interchangeably. Jack of Shadows and Changeling, for example, revolve around the tensions between the two worlds of magic and technology. Lord of Light, perhaps one of his most famous works, is written in the classic style of a mythic fantasy, while it is established early in the book that the story itself takes place on a colonized planet.

Many of Zelazny's works explore variations upon the idea that if there exists an infinite number of worlds, then every world that can be imagined must exist, somewhere. Powerful beings in many of his stories have the ability to travel to worlds that possess precisely the characteristics which that being wishes to experience. (Zelazny characters with this ability include Thoth in Creatures of Light and Darkness, who teleports to these worlds; those with the royal blood of either Amber or Chaos in The Chronicles of Amber, who "move through shadows" to reach these worlds; and Red Dorakeen in Roadmarks, who reaches these worlds by driving along a magical highway.) Many of these same characters wonder whether they are creating these special places anew, or are merely finding places which already exist (very much like "the problem of universals" in classical metaphysics). Usually each character who ponders this ultimately decides that the question is purely academic and therefore unanswerable.

The first five books describe the adventures of Prince Corwin of Amber:

The second series tells the story of Corwin's son Merlin (Merle), a wizard and computer expert. These volumes are:

The latter five of these stories form one tale set after Prince of Chaos, the last novel, so they are latest in Amber history.

All 10 novels have been published in a single omnibus form as The Great Book of Amber and six of the seven short stories were collected in Manna from Heaven. A sex scene deleted from The Guns of Avalon has been published in Collected Stories, volume 3, while the seven Amber short tales appear in volumes 6.

Zelazny collaborated on a companion book, The Visual Guide to Castle Amber (1988), by Zelazny and Neil Randall, illustrated by Todd Cameron Hamilton and James Clouse. The Guide is a reference work providing biographical detail on the Amber characters and a walk-through guide to Castle Amber itself.

John Betancourt has written a series of novels set in the Amber multiverse set several centuries before Nine Princes in Amber. Betancourt's series tells the story of Corwin's father Oberon, a wizard and shapeshifter. That the Zelazny estate authorized the series has caused some controversy; see The Chronicles of Amber for more details.

An interactive fiction computer game based on Nine Princes in Amber was released by Telarium in 1987. The Amber novels also inspired a unique role-playing game, lacking any random element.