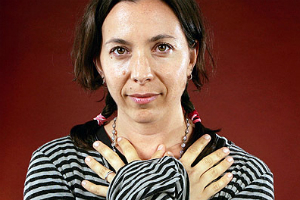 Apart from the novelty of her and her siblings' names, she first came to public attention in 1982, at the age of fourteen, as a vocalist on her father's Top 40 hit single, "Valley Girl". The song featured Moon Zappa delivering a monologue in "valleyspeak", a collection of slang terms popular with teenage girls in the San Fernando Valley, Los Angeles. In the mid-1980s, Moon and her brother Dweezil were frequent guest VJs on MTV. Next to "Dancin' Fool", "Valley Girl" was Frank Zappa's biggest hit in the United States, and popularized phrases such as "grody to the max" and "gag me with a spoon". The song appeared on her father's 1982 album Ship Arriving Too Late to Save a Drowning Witch. She later made another recording titled "My Mother Is a Space Cadet", with guitar accompaniment by her brother Dweezil.

As a child, she acted in the television series CHiPs, The Facts of Life, and the films National Lampoon's European Vacation and Nightmares.

As an adult she has worked as a stand-up comic, magazine writer, and actress, appearing in the films National Lampoon's European Vacation (1985), Spirit of '76, the television sitcom Normal Life, and The Super Mario Bros. Super Show. She appeared as a niqab-clad Muslim woman in one episode of Curb Your Enthusiasm, as Ted Mosby's cousin Stacy in an episode of How I Met Your Mother, and on an episode ("Pampered to a Pulp") of Roseanne.

She is the author of the novel America, the Beautiful, published in 2001, and articles in major periodicals.