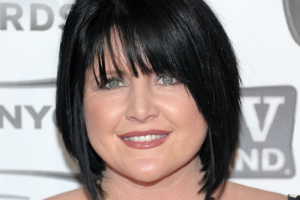 Kristina Louise "Tina" Yothers (born May 5, 1973) is an American actress and singer. Beginning a career as a child actor at the age of three, she is best known for her role as Jennifer Keaton on the hit NBC series Family Ties, as well as for her roles in numerous television films throughout the 1980s and early 1990s including The Cherokee Trail, Crash Course, and Spunk: The Tonya Harding Story among others.

Yothers was born in Whittier, California, but spent half of the year in Flint, Michigan. Her father, Robert Yothers, was a television producer. She has three brothers, Jeffrey, Randy (Poindexter, who was in Return from Witch Mountain, was born on 25 July, 1966 in Los Angeles) and Cory, who all acted in commercials as children. Her brother, Cory (born in 1972) being the most well-known, appearing in numerous films and television shows throughout the early 1980s, often credited as "Bumper" Yothers.

Yothers began her acting career in television advertisements at age three. Her first cinema role was in the 1981 television movie The Cherokee Trail. She also appeared in the 1982 feature film Shoot the Moon. Her most famous role was as Jennifer Keaton, the youngest daughter in the television comedy Family Ties from 1982 to 1989. She also competed in the Battle of the Network Stars in December 1988. When Family Ties ended, Yothers abandoned her blonde hair color and has since worn it black.

She wrote the book Being Your Best': Tina Yothers's Guide for Girls and formed the band Jaded with her brother Cory. She provided the lead vocals while Cory played keyboard. In 1998, Jaded released their self titled CD, which was co-written by Cory Yothers, Michael Anderson, Tina Yothers & Jaded and performed by Tina Yothers (lead vocals), Michael Anderson (guitars/vocals), Jerry France (guitars/vocals), Larry Rosales (drums), and Mike Wilson (bass). Additional musicians were Phil Jordan from the Orange County band No Doubt on Trumpet, and a DJ, name unknown. Previously, Yothers sang a cover of The Raes song "Baby I'm Back In Love Again", which she would later record as a single, in a Family Ties episode "Band on the Run" (original tx: Feb 26, 1987).

After a nine year absence from acting, Yothers was given the lead role in Lovelace the Musical, a 2004 stage show based on the life of former pornographic movie star Linda Lovelace. She followed that up with a stint as a stock player in the Burt Reynolds Dinner Theater in Boca Raton, Florida from 2005 to 2007.

In February 2013, Yothers appeared on an episode of the TLC series What Not To Wear.

In 2002, Yothers married an electrician, Robert Kaiser, who had a daughter from a previous marriage. Yothers has two children, daughter Lillian Grace 'Lilly', born October 2005, and a son, Robert Jake born September 24, 2007. The family resides in Ontario, California.