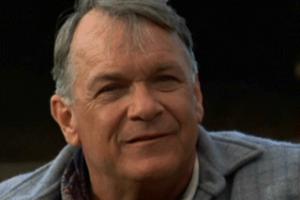 Willingham was the son of Ladelle (née Speights) and Noble Henry Senior, a railroad worker and a farmer.

He was born in the small town of Mineola, in Wood County east of Dallas, Texas. After graduating in 1953 from North Texas State University in Denton, he earned a master's degree in educational psychology from Baylor University in Waco, Texas.

Willingham was teaching high school government and economics in Houston before he followed his dream of becoming an actor. He auditioned for a part in The Last Picture Show (1971), which was filmed in Texas. He won the role, which led to another appearance, in 1973's Paper Moon.

On television, Willingham had a recurring role in the ABC series Home Improvement with Tim Allen as John Binford, and appeared as a guest star in the 1975 CBS family drama series Three for the Road. He also guest starred on Murder, She Wrote, Star Trek: The Next Generation (1989), Northern Exposure, Rockford Files, Tucker's Witch with Tim Matheson and Catherine Hicks, and Quantum Leap. His additional television credits include A Woman With A Past, The Alamo: Thirteen Days to Glory, and Unconquered. He also played the conductor in Kenny Rogers as The Gambler (1980), he appeared in the 1986 miniseries Dream West, and appeared in Badge of the Assassin (1985) and Men Don't Tell (1993).

He was best known for his role as C.D. Parker on the series Walker, Texas Ranger from 1993 to 1999. He left the show to run for the United States House of Representatives.

In 2000, Willingham was the Republican challenger in the northeast Texas 1st congressional district (Longview, Texarkana, Nacogdoches, Marshall, and Paris) against incumbent Democratic congressman Max Sandlin. Willingham ran a hard-hitting campaign and attacked Sandlin for bringing Bill Clinton to the district and for voting for the Democratic agenda in Congress. Sandlin fought back by citing various moderate votes he had cast and by winning the Chamber of Commerce endorsement. In a district that George W. Bush would easily carry with 64% of the vote, Sandlin held on with 118,157 votes (55.8%) to Willingham's 91,912 votes (43.4%) and carried nineteen counties in the district while losing only two, Nacogdoches and Willingham's home of Wood County. Four years later, Sandlin was defeated for re-election by Republican Louie Gohmert of Tyler.

On January 17, 2004, Willingham died in his sleep of a heart attack in Palm Springs at the age of 72. He is buried at Riverside National Cemetery in Riverside, California. He had two children, Stori Willingham and John Ross McGlohen; and a grandson, Noble Henry Willingham III.