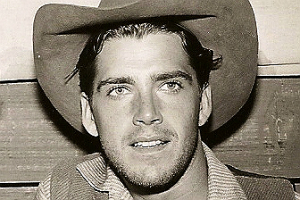 Van Zandt Jarvis Williams (born February 27, 1934) is a former actor best known for his television role as Britt Reid/the Green Hornet and his earlier leading role as Kenny Madison in both Warner Bros. television detective series Bourbon Street Beat (1959) and its sequel, Surfside 6 (1960). He teamed for one season with the late Bruce Lee as his partner Kato, in the television series The Green Hornet, broadcast on ABC during the 1966–67 season.

A diving instructor in Hawaii in 1956, Williams was discovered there in 1957 by producer Mike Todd, who urged him to come to Hollywood to try his hand at acting. Todd, husband of Elizabeth Taylor at the time, died in a plane crash, but Williams took vocal and acting lessons and was signed to a contract by Warner Bros. in 1959. His big break came as costar of the ABC television series Bourbon Street Beat, set in New Orleans. The program aired during the 1959-1960 season; his costars were Andrew Duggan, Richard Long, and Arlene Howell. Williams later worked in a General Electric production with Ronald Reagan, and his Bourbon Street Beat character, Kenny Madison, was recycled into the Surfside 6 television series in the same time slot, with new colleagues played by Troy Donahue, Lee Patterson, Diane McBain, and Margarita Sierra. Williams also starred in a television pilot called The Leathernecks that was shown as an episode of ABC's The Gallant Men.

Williams appeared in the films Tall Story (1960), playing a smug jock stepping stark naked out of the men's shower giving a young Jane Fonda quite an eye full of him, and The Caretakers (1963) and as series regular Pat Burns in ABC's The Tycoon with Walter Brennan. After his Warner Brothers contract lapsed in 1964, Williams worked in television commercials and guest appearances on various television series.

In 1966, ABC-TV revived George W. Trendle's famous radio character in a new series, The Green Hornet. Van Williams signed with 20th Century-Fox to portray the mysterious masked hero and his alter ego, newspaper editor Britt Reid (son of Dan Reid, Jr. who was the nephew of John Reid, aka The Lone Ranger).

Williams played the role straight, unlike the lampoon comedy approach of the same producer's Batman show. He and co-star Bruce Lee also made guest appearances, in character, on the Batman series in three episodes, a two-part episode (vs. Colonel Gumm) and a "window" cameo in another episode.

Bruce Lee died of a cerebral edema in 1973. Williams' acting career faded around that time, though he made a few television guest appearances and starred in one more series, an NBC Saturday morning offering entitled Westwind.

By the time he starred in The Green Hornet, Williams had become successful investing in various commercial ventures; a TV Guide profile of 1966, titled "Banker with a Sting," characterized him as "your friendly neighborhood tycoon." He retired from acting in 1982 to open a Santa Monica, California communications company that leases time on six two-way radio repeater stations.

In 1993, Williams made a cameo in Dragon: The Bruce Lee Story as a director of The Green Hornet.

In 2010, the filmmakers of the 2011 Green Hornet film adaptation had wanted him to make a cameo appearance as a cemetery guard, but Williams was unavailable.