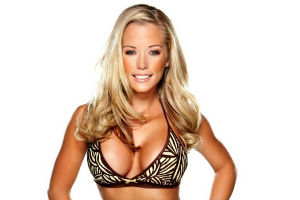 Kendra Leigh Baskett Wilkinson; born June 12, 1985, is an American television personality, businesswoman, glamour model and author. She is widely known for being one of Hugh Hefner's three girlfriends and for her role on the E! reality television series The Girls Next Door, on which her life in the Playboy Mansion was documented. Although not a Playboy Playmate, she has appeared in three nude pictorials with her Girls Next Door costars and fellow Hefner girlfriends Holly Madison and Bridget Marquardt. Her own reality series, Kendra, debuted in June 2009.

Kendra Wilkinson is of Irish, Ukrainian, and English descent.She is the elder of two children; her younger brother is Colin. Her mother, Patti, was originally from Cherry Hill, New Jersey, and had been a cheerleader for the Philadelphia Eagles. Her father, Eric, was raised in Bryn Mawr, Pennsylvania, and Ocean City, New Jersey, before moving to San Diego, California at age 15. He received a degree in biochemistry from the University of California, San Diego, and went on to found several biotechnology companies before retiring at the age of 48. Patti and Eric married on November 5, 1983. They divorced on March 25, 1994, when Kendra was eight. Her grandmother Gloria Wilkinson died in December 2004.

Kendra Wilkinson was born in San Diego and raised in its middle class community Clairemont. She played softball for six years with the Clairemont Bobby Sox. She attended Clairemont High School, graduating in 2003. When she left high school she began working as a glamour model, and also briefly worked as an administrative assistant in a dentist's office.

Wilkinson met Hugh Hefner at his 78th birthday party in April 2004, where she was hired to be one of the "painted girls" (women who are nude except for painted-on accessories). Hefner had apparently seen her picture, shot by photographer Kim Riley, on a fax machine at the Playboy Mansion and wanted to know who she was. Shortly after they met, Hefner asked Wilkinson to be one of his girlfriends, and he moved her into the Playboy Mansion along with her dogs Rascal (a Pembroke Welsh Corgi) and Martini (a Jack Russell Terrier).

She was featured on the E! reality television series The Girls Next Door, which followed the lives of Hefner's then-girlfriends: Wilkinson, Holly Madison, and Bridget Marquardt. She moved out of the Playboy Mansion in 2009 after meeting her future husband, Hank Baskett, and filmed her own spin-off reality show for E! called Kendra. The first season was about her living on her own and planning her wedding.

Wilkinson has made several cameos on different programs such as Las Vegas and Entourage. She also appeared in Akon's music video "Smack That". While on the set of the video, Eminem poured a bottle of water on her head, though the two later reconciled. In 2006, she appeared in the Playboy Special Editions Sexy 100. In 2007, she appeared in Nickelback's music video of "Rockstar", along with Madison and Marquardt. They also had a cameo role in the 2006 film Scary Movie 4. Wilkinson also showed her creative side as a rapper on MTV's Celebrity Rap Superstar which debuted on August 30, 2007. She rapped to Ludacris’ "Fantasy", in response to the question asked by the show's host, "Can Kendra move her mouth as fast as she moves her booty?" She went on to take second place, losing to Shar Jackson.

Wilkinson's stated career goal is to become a massage therapist or sports announcer. In December 2005, she became a regular blogger columnist at the website of the Philadelphia Eagles, a team for which her mother had been a professional cheerleader, and for which her husband played professionally.

On August 13, 2008, the Wall Street Journal reported that Wilkinson was Olive Garden's "Biggest Celebrity Fan". Wilkinson has described Olive Garden's cuisine as "my soul food." The newspaper emphasized that her repeated enthusiastic public endorsements of the family restaurant were genuine, personal and were not tied to any payment from Olive Garden. In fact, the company was reported as viewing Wilkinson's endorsements with "mixed feelings," and something on which it was reluctant to comment since the restaurant emphasizes its family-friendly nature.

On September 22, 2008, the International Business Times reported that Wilkinson was engaged to Philadelphia Eagles wide receiver Hank Baskett. Wilkinson initially denied this, but she later admitted she was in a relationship with Baskett on October 7, 2008 in an interview with Chelsea Handler on Chelsea Lately. On November 6, 2008, E! Online announced Wilkinson and Baskett were engaged, after he proposed the previous Saturday at the Space Needle in Seattle, Washington.

Wilkinson married Baskett on June 27, 2009, at the Playboy Mansion. Although it was initially announced that Hugh Hefner would give the bride away, Kendra's brother Colin walked her down the aisle. Wilkinson's family was in attendance, as well as former Girls Next Door stars Holly Madison and Bridget Marquardt. Us Weekly paid the couple $120,000 for the wedding pictures. On the wedding episode of Kendra, Kendra and Hank said that Kendra would be taking Hank's last name.

On June 11, 2009, Wilkinson announced that she and Baskett were expecting their first baby together. The baby, a boy named Hank Baskett IV, was born December 11, 2009 at 12:37 a.m. in Carmel, Indiana, by Caesarian section, weighing in at 9 pounds 5 ounces (4.2 kg). Kendra's friends hosted a baby shower on September 9, 2009. Wilkinson told E! News that Playboy mogul Hugh Hefner will be the godfather of the baby-on-the-way. "He was like, 'Oh my god!' and then he cried... Hef will be the godfather," Wilkinson said, but she later denied this in an interview in OK magazine.

In an interview after the birth of Hank IV, Wilkinson revealed she had suffered post-partum depression. "After giving birth, I never brushed my hair, my teeth, or took a shower," said Wilkinson. "I looked in the mirror one day and was really depressed. "After the birth she weighed 140 pounds, according to a E! interview. She attributed her depression to moving to Indianapolis where her husband played so soon after Hank IV's birth and feeling isolated.

Wilkinson stars in a spinoff of Girls Next Door, titled Kendra, which focuses on her life after leaving the Playboy Mansion and getting engaged to then Philadelphia Eagles receiver Hank Baskett. The Girls Next Door executive producer Kevin Burns serves in the same capacity on the series. Kendra is produced by Prometheus Entertainment, Fox TV Studios, and Alta Loma Entertainment. Kendra premiered on June 7, 2009, and had record breaking numbers for E! with 2.6 million viewers, and was the highest-rated reality debut for the network since 2002's premiere of The Anna Nicole Show.The show's third season finale, and 33rd episode, on E! debuted on January 9, 2011. In 2010 she published a memoir, Sliding Into Home.

In 2007, Wilkinson appeared on an episode of WWE Raw with Bridget Marquardt.

Wilkinson was a contestant in the twelveth season of Dancing with the Stars, partnered with Louis Van Amstel. She was eliminated in the seventh week, on May 3, 2011. Kendra launched her personal website KendraWilkinson.com in November 2011. The digital community offers space for Kendra to answer all her fans questions, and connect with each other while talking about family, friends and laughter.

On March 17, 2010, Wilkinson's E! True Hollywood Story premiered on E! Entertainment Television. During the hour-long episode, she discussed her rocky road to stardom. In May 2010, a video recording of Wilkinson having sex with a then-unidentified man surfaced. The recording was acquired by Vivid Entertainment, who plans to distribute the tape as Kendra Exposed. Wilkinson is contesting the release, and she threatened to sue should it be released.  RadarOnline reported that in 2008, Wilkinson herself set up a company Home Run Productions LLC, through which she made several attempts to sell sex tapes. Sources have reported that Wilkinson was paid $680,000 for the film that was made by her high school boyfriend Justin Frye when she was 18.

After parting ways with the E! in 2011, Kendra and her family started a new reality show on WE tv, Kendra on Top. It premiered June 5, 2012.

On February 26, 2013 Kendra appearead on an episode of Celebrity Wife Swap with Kate Gosselin.