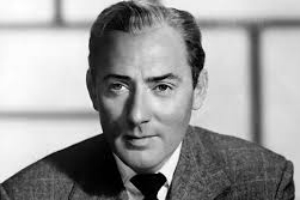 Born in Leigh-on-Sea, Essex, England, Wilding was a successful commercial artist when he joined the art department of a London film studio in 1933. He soon embarked on an acting career.

In 1952, British exhibitors voted him the fourth-most-popular star at the local box office.

His last appearance was in an uncredited, non-speaking cameo in Lady Caroline Lamb (1972), which co-starred his last wife, Margaret Leighton.

He also appeared on television, including the title role in the 1957 episode "The Trial of Colonel Blood" of NBC's anthology series The Joseph Cotten Show.

At the peak of his career, British exhibitors voted him among the most popular stars in the country:

In the 1960s, he was forced to cut back on his film appearances because of illness related to his lifelong epilepsy.

Wilding died in Chichester, West Sussex, as a result of head injuries suffered from a fall down a flight of stairs during an epileptic seizure. His body was cremated and the ashes were scattered.