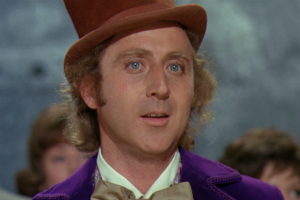 American comedian and actor who made his screen debut in "Bonnie And Clyde" followed by "The Producers." A frenetic, talented and uncontrollable comic, he also played in, "Everything You Always Wanted To Know About Sex." In 1975, he began directing his own films, as well as writing and producing.

The son of a Russian immigrant who found success in the U.S., Wilder studied acting in his home town until 1956 when he went to England to train for theater at Bristol Old Vic Theatre School. He joined the Army and spent two years in the neuropsychiatric hospital ward, which experience he later tapped on in the stage version of "One Flew Over the Cuckoo's Nest." Returning to the U.S. and New York City, he spent four years at Lee Strasberg's school. In 1967 he received his first film break when he was cast as a jittery undertaker in the Oscar award winning "Bonnie and Clyde." Once again a twist of fate, he met Mel Brooks through a friend and appeared in his film spoof, "Springtime for Hitler," which was the working title for the movie "The Producers."

In 1967, he married Mary Jo Schutz, his sister's college roommate, a marriage that eventually ended in divorce. While filming "Hanky Panky" in 1982, Wilder met Gilda Radner and they lived together off and on for two years before marrying in 1985. When Radner began her struggle with cancer, Wilder put his career on hold and fought her cancer with her. Their marriage was an extremely happy one and her death in 1988 was devastating to him. He met his fourth wife while researching and rewriting the script for "See No Evil, Hear No Evil." Meeting Karen Webb to work on the scripts led to his latest happy marriage, 1991.

In 1999 Wilder was diagnosed with cancer himself, non-Hodgkin's lymphoma. On 2/04/2000 he checked into a New York hospital for continued treatment, leading to remission. He had stem-cell replacement, a grueling procedure not unlike a bone-marrow transplant.