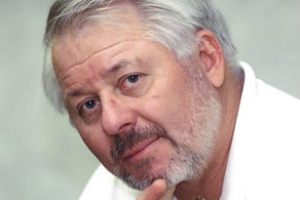 Jeffrey S. Wigand (born December 17, 1942) is an American former vice president of research and development at Brown & Williamson in Louisville, Kentucky, who worked on the development of reduced-harm cigarettes. He lectures around the world as an expert witness and consultant for various tobacco issues, and devotes time to his non-profit organization Smoke-Free Kids Inc, an organization that attempts to help children of all ages make better decisions and healthy choices regarding tobacco use.

Wigand became nationally known as a whistleblower on February 4, 1996 when he appeared on the CBS news program 60 Minutes and stated that Brown & Williamson had intentionally manipulated its tobacco blend to increase the amount of Nicotine in cigarette smoke. Wigand claimed that he was subsequently harassed and received anonymous death threats. Wigand discussed the death threats in an interview.

He was portrayed by Russell Crowe in the 1999 film The Insider directed by Michael Mann, which also stars Al Pacino and Christopher Plummer.

Jeffrey Wigand was born in New York and grew up in the Bronx and later Pleasant Valley, New York. After a brief time in the military (including a short assignment in Vietnam), he earned a Master's and PhD from the University at Buffalo. He met his first wife Linda in 1970 while attending a judo class.

Prior to working for Brown and Williamson, Wigand worked for several health care companies; including Pfizer and Johnson & Johnson. In addition, he was employed as General Manager and Marketing Director at Union Carbide in Japan, and as Senior Vice President at Technicon Instruments.

Wigand began to work for Brown & Williamson Tobacco Corporation in January 1989 and was fired on March 24, 1993. He says that he was fired because he knew that high-ranking corporate executives knowingly approved the addition of additives to their cigarettes that were known to be carcinogenic and/or addictive, such as Coumarin. Following this he taught chemistry and Japanese at duPont Manual Magnet High School in Louisville, Kentucky, and was eventually named 1996 Teacher of the Year for the state of Kentucky.

Wigand no longer teaches high school and instead lectures worldwide to a variety of audiences including children, college students, medical and law students and policy makers. He has consulted with the governments throughout the world on tobacco control policies (the list includes Canada, The Netherlands, Scotland, Israel, Italy, Malta, Germany, France, Ireland, Iceland, Japan). Wigand is currently married to Hope Elizabeth May, an American philosopher, author and lawyer  who is a professor at Central Michigan University in Mt. Pleasant, Michigan, where he now resides. He is a member of the Mount Pleasant Board of Education.