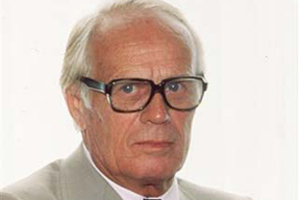 Widmark was born in Sunrise Township, Minnesota, grew up in Princeton, Illinois,and also lived in Henry, Illinois for a short time. He attended Lake Forest College, where he studied acting. He taught acting at the college after graduation, before debuting on radio in 1938 in Aunt Jenny's Real Life Stories. He appeared on Broadway in 1943 in Kiss and Tell. He was unable to join the military during World War II because of a perforated eardrum.

Widmark's first movie appearance was in 1947's Kiss of Death, as the giggling, sociopathic villain Tommy Udo. His most notorious scene in the film found Udo pushing a wheelchair-bound old woman (played by Mildred Dunnock) down a flight of stairs to her death. Kiss of Death was a commercial and critical success, and started Widmark's seven-year contract with 20th Century Fox. He was nominated for the Academy Award for Best Supporting Actor and won the Golden Globe Award for New Star Of The Year - Actor for his performance. Widmark's character was also the inspiration for the song "The Ballad of Tommy Udo", by the band Kaleidoscope.

In 1950, Widmark co-starred with Paul Douglas, Barbara Bel Geddes, Jack Palance and Zero Mostel in Elia Kazan's Panic in the Streets, and with Gene Tierney in Jules Dassin's Night and the City, which are considered classic examples of film noir. Two years later, in 1952, Widmark had his handprints cast in cement at Grauman's Chinese Theatre. During his stint at Fox, he appeared in Pickup on South Street, The Street with No Name and Don't Bother to Knock with Marilyn Monroe, among other projects. He also appeared in Vincente Minnelli's 1955 cult film The Cobweb with Lauren Bacall.

In 1965, he starred in a drama set during the Cold War called The Bedford Incident which he was also an uncredited producer. He was credited with producing his films The Secret Ways and Time Limit, Other notable films in the 1960s were Judgment at Nuremberg, How the West was Won and Cheyenne Autumn.

The 1970s brought Widmark to the TV screen reprising his detective from the 1968 film Madigan and movie roles in Murder on the Orient Express and The Swarm.

Although Widmark's last film was a thriller, True Colors in 1991, he continued to appear on TV in the occasional documentary.

Widmark was and remained a very private man, vowing to never appear on a TV talk show, and he never did. He appeared in over 60 films.

Widmark was married to his first wife, writer Jean Hazlewood, for almost 55 years, from April 5, 1942 until her death on March 2, 1997. Their daughter, Anne Heath Widmark, an artist and author, married baseball legend Sandy Koufax on January 1, 1969 (but divorced in 1982). In September 1999, Widmark married Susan Blanchard. From the 1950s until his death on March 24, 2008, Widmark resided in Roxbury, Connecticut.

Widmark died at home after a long illness, according to his wife.