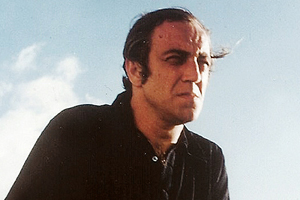 Norman Wexler (August 6, 1926 – August 23, 1999) was a screenwriter whose work included such films as Saturday Night Fever, Serpico and Joe, for which he received an Oscar nomination in 1971.

Wexler penned the screenplays for several hit films, most notably Joe, Serpico, Mandingo and Saturday Night Fever. He received Oscar nominations for both Joe and Serpico.

He wrote Saturday Night Fever, which generated earnings in excess of $1.2B in today's dollars when both movie and record album sales are counted, more than double U.S. sales of top box office hit Titanic — which had a huge budget and costly special effects.

According to Bob Zmuda, Saturday Night Fever made Wexler a wealthy man. He was a much sought-after script doctor, reworking the scripts for Lipstick and The Fan.

Wexler was a sometime playwright. His play The Rope was produced at Cafe La MaMa (NY) in 1965.

He was reported to have suffered from severe mental illness, reportedly bipolar disorder, and was arrested in 1972 for threatening to shoot President Richard Nixon.

In the book Andy Kaufman Revealed, Bob Zmuda, Kaufman's friend and writer, relates his experiences working as an assistant for an extremely eccentric, Academy Award-nominated screenwriter, prone to pulling stunts that ranged from the bizarre to the profane. Zmuda refers to the man by the alias Mr X. Mr X's wild antics and boorish behavior are said to have been a major influence in creating Andy Kaufman's iconic alter-ego, the obnoxious lounge lizard Tony Clifton.

Though Zmuda does not confirm Mr. X's identity in the book, he did confirm long-standing rumor that it was Wexler on the WTF with Marc Maron podcast.