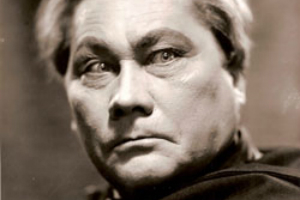 At the age of 20, Wegener decided to end his law studies and concentrate on acting, touring the provinces before joining Max Reinhardt's acting troupe in 1906. In 1912, he turned to the new medium of motion pictures and appeared in the 1913 version of The Student of Prague. It was while making this film that he first heard the old Jewish legend of the Golem and proceeded to adapt the story to film, co-directing and co-writing the script with Henrik Galeen. His first version of the tale The Golem (1915, now lost) was a success and firmly established Wegener's reputation. In 1917, he made a parody of the story called Der Golem und die Tänzerin, but it was his reworking of the tale, The Golem: How He Came into the World (1920) which stands as one of the classics of German cinema and helped to cement Wegener's place in cinematic history.

Another of his early films was Der Yoghi (1916), in which he played the role of a yogi and young inventor, and which provided him with the opportunity to accommodate three of his interests, trick photography (it was one of the first films to feature invisibility), the supernatural and Eastern mysticism.

In 1926 he appeared in his only Hollywood film, Rex Ingram's The Magician, in which he played the Aleister Crowley-esque Oliver Haddo in an adaptation of Somerset Maugham's story. In 1928, he starred alongside Brigitte Helm in his old collaborator Galeen's adaptation of Hanns Heinz Ewers' Alraune, playing the Frankenstein-like Professor ten Brinken.

In 1932 Wegener made his sound debut in Richard Oswald's black comedy/horror film Unheimliche Geschichten, in which he made fun of himself as well as the whole expressionist movie genre.

Life under the Nazi regime

When in 1933 the National Socialists came to political prominence, theatre companies were disbanded and many of the actors and directors were arrested, persecuted or exiled. However Wegener became an actor of the state and appeared in Nazi propaganda films such as Mein Leben für Irland in 1941 and Kolberg, a 1944–45 propaganda film epic about the Napoleonic Wars. In reality he made an anti-Nazi stance by donating money to resistance groups, hiding vulnerable people in his apartment and writing anti-Hitler slogans on walls. As the war closed Wegener was one of the first to rebuild cultural life in Berlin. Despite ill-health he became president of an organisation to improve standards for its inhabitants.

He was married six times, thirdly and sixthly to the actress Lyda Salmonova (his co-star on several occasions), who became his widow. His fourth wife was Greta Schröder (previously married to the dancer Ernst Matray). The geographer Alfred Wegener was his cousin and the physicist Prof. Peter P. Wegener was his son.

Wegener's last film was Der Grosse Mandarin (1948). In July 1948 he reprised his old role as Nathan the Wise at the Deutschen Theatre, but in the very first scene he collapsed and the curtain was brought down. Two months later, on 13 September 1948, he died in his sleep.