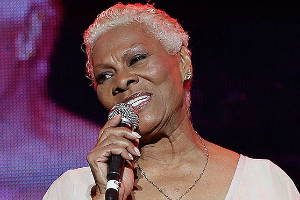 As a child, she began singing at church and eventually sang with her family’s group, the "Drinkard Singers." During her teens, Dionne and her sister Dee Dee founded their own gospel group, "The Gospelaires." After high school, she enrolled at the Hartt College of Music in Hartford, Connecticut, and she began doing regular session work in New York.

The composer and producer Burt Bacharach heard her singing and asked her to work on some demos that he was writing with Hal David. The partnership they formed eventually resulted in 30 hit singles and nearly 20 best-selling albums, and under their expert tutelage, songs like "Walk On By," "This Girl’s in Love with You," and others quickly made her a star. She later returned to her alma mater and earned her Master’s Degree in 1976.

Warwick’s debut performance was at the Olympia Theater in Paris in 1963, and in 1968, she made her film debut in "Slaves." She served as host for the television show, "Solid Gold." In 1994, still popular with audiences around the world, she released an album called "Watercolors of Brazil."

She works with a number of charities and humanitarian organizations. She is active in the fight against AIDS and served as the U.S. Ambassador for Health during the 1980s. Warwick made a second marriage in September 1967 and had two sons. This was followed by a messy divorce in 1975.

In September 1999, her home in Rio de Janeiro was broken into by robbers. Her brother and housekeeper were tied up, and according to local press reports, $53,000 in cash and goods were stolen during the incident. No one was injured.