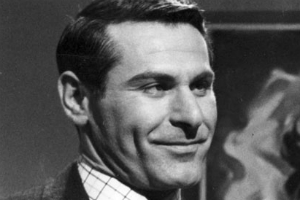 American actor, he was the primary visionary and fund-raiser for the reconstruction of the Globe Theatre in London built according to the specifications in Shakespeare's day, with the same construction techniques.

Wanamaker cut his acting teeth on Shakespearean plays. After a stint in the Army during WWII, he returned to the stage. His first big break came just after the end of the war when he earned kudos for his performance in "Joan of Lorraine" co-starring Ingrid Bergman. After two weeks of performances he took over for the director as well and his success was cemented. For several years he acted in, directed and produced various plays. He subsequently moved to Hollywood where he translated his considerable skill to the silver screen.

In 1949 he traveled to London to film a movie "Give Us This Day." In 1951 he returned for another film and decided to stay, taking over the management of a Shakespearean theatre troupe in Liverpool. He landed the part of Iago for the Royal Shakespeare Theatre.Returning to the US in 1960 he continued to act on stage and in films, while continually expanding his repertoire of credits in direction and production, including opera.

In 1970 he established the Shakespeare Globe Trust. Finally in June 1992 he saw two complete sections of the Globe Theatre unveiled. The following year, July 1993, he was awarded the CBE by Queen Elizabeth. In June 1997 Queen Elizabeth presided over the offical opening of the Globe Theatre. Sadly, Wanamaker did not live to see the event to which he had devoted much of his life. Diagnosed with cancer ca. 1988, he died of the disease in London a few months before the opening, on December 18, 1993. He was 74.

Wanamaker married Charlotte Holland in 1940 and they had three daughters including the actress Zoe Wanamaker. Their marriage lasted until his death though he is reputed to have had a long-time affair with actress Jan Sterling.