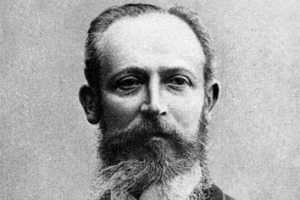 Wallach was born in Königsberg, the son of a Prussian civil servant. His father, Gerhard Wallach, descended from a Jewish family that had converted to Lutheranism. His mother, Otillie (Thoma),was an ethnic German of Protestant religion. Wallach's father was transferred to Stettin (Szczecin) and later to Potsdam. Otto Wallach went to school, a Gymnasium, in Potsdam, where he learned about literature and the history of art, two subjects he was interested his whole life. At this time he also started private chemical experiments at the house of his parents.

During his work with Friedrich Kekulé in Bonn he started a systematic analysis of the terpenes present in essential oils. Up to this time only a few had been isolated in pure form, and structural information was sparse. Melting point comparison and the measurement of mixtures was one of the methods to confirm identical substances. For this method the mostly liquid terpenes had to be transformed into crystalline compounds. With stepwise derivatisation, especially additions to the double bond present in some of the terpenes, he achieved the goal of obtaining crystalline compounds. The investigation of the rearrangement reactions of cyclic unsaturated terpenes made it possible to obtain the structure of an unknown terpene by following the rearangments to a known structure of a terpene. With these principal methods he opened the path to systematic research on terpenes.

He was responsible for naming terpene and pinene, and for undertaking the first systematic study of pinene .

He wrote a book about the chemistry of terpenes, "Terpene und Campher" (1909).

Otto Wallach is known for Wallach's rule, Wallach degradation, the Leuckart-Wallach reaction and the Wallach rearrangement.