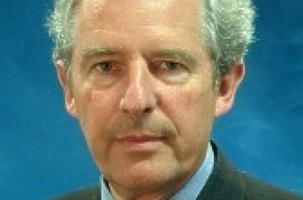 William Arthur Waldegrave, Baron Waldegrave of North Hill, PC (born 15 August 1946), is an English Conservative politician who served in the Cabinet from 1990 until 1997 and is a Life Member of the Tory Reform Group.

He is now a life peer. Lord Waldegrave is also the Chairman of the Rhodes Trust and the Chairman of Trustees for the National Museum of Science and Industry. He is currently Provost of Eton College, formally taking over the position on 8 February 2009.

Lord Waldegrave is the younger son of the 12th Earl Waldegrave, and a brother of the present Earl.

Waldegrave was educated at Eton College, an independent school for boys in the town of Eton in Berkshire, followed by Corpus Christi College at the University of Oxford, followed by Harvard University in the United States, on a Kennedy Scholarship. He is now a fellow of All Souls College, also at Oxford.

He was elected to the House of Commons as Member of Parliament (MP) for Bristol West in 1979. He was regarded as a member of the "wet" or moderate tendency of the Conservative Party, and despite this progressed well from the backbenches in Margaret Thatcher's government: He became a Parliamentary Under-Secretary of State at the Department of Education and Science in 1981 before moving to the Department of the Environment in 1983. He remained at Environment, becoming a Minister of State in 1985, until 1988 when he became a Minister of State at the Foreign Office. In this post he was involved in setting policy on arms exports to Iraq; the Scott Report found that he had agreed in February 1989 to relax the policy, but had sent out 38 untrue letters to Members of Parliament stating that the policy was unchanged. Sir Richard Scott exonerated Waldegrave of "duplicitous intent" in wrongly describing the Government's policy.

He was promoted to the Cabinet as Secretary of State for Health in November 1990, just days before Thatcher's resignation, and remained a member of the Cabinet throughout John Major's time as Prime Minister. He became Chancellor of the Duchy of Lancaster in the Cabinet Office with responsibility for public services and science in 1992, Minister of Agriculture, Fisheries and Food in 1994 and Chief Secretary to the Treasury in 1995.

After losing his Commons seat to Valerie Davey in Labour's 1997 landslide, he entered the House of Lords as Baron Waldegrave of North Hill, of Chewton Mendip in the County of Somerset, in 1999.

He is married to Caroline Waldegrave, cookery writer and managing director of Leith's School of Food and Wine. They have four children, Katherine, Elizabeth, James and Harriet.

He is notable for having offered a prize for the best lay explanation of the Higgs Boson. In 1993 when he was the British science minister he observed that British taxpayers were paying a lot of money (in contributions to CERN) for something very few of them understood, and he challenged UK particle physicists to explain, in a simple manner on one piece of paper, 'What is the Higgs Boson, and why do we want to find it?'

He asked his listeners to imagine a room full of Conservative party workers quietly talking to one another. This represents the Higgs field in space.

A former Conservative Prime Minister enters the room. All the workers she passes are strongly attracted to her. As she moves through the room, the cluster of admirers around her create resistance to her movement, and she becomes 'heavier'. This can be imagined as how a particle moves through the Higgs field. The field clusters around a particle, resisting its motion and giving it mass.

If a sleazy rumour crosses the room, it creates the same sort of clustering. The workers gather together to hear the details, the cluster can move across the room as the workers pass on the details to their neighbours. This cluster is the Higgs particle or Higgs Boson.

Waldegrave is also well known as a devotee of the naval novels of Patrick O'Brian.