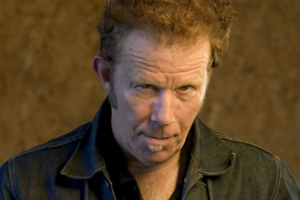 A high school dropout at 16, he worked in pizza houses, sang and played accordion and piano in bars and dives. Tattooed, with a throaty whiskey voice, he lived in motels for years. In the late '70s he did a music tour to London.

In June 1978 he got a big part in the movie "Paradise Alley" and did cameo acting parts since then. He was a feature player in "The Outsiders," 1983 and "Rumblefish."

His music was being acknowledged with a sellout tour of Europe and the U.S., and he moved the family to San Francisco. His films began to also gain move notice as he was cast in "The Fisher King" and in "Bram Stoker's Dracula." On 2/24/1993, he won his first music Grammy.