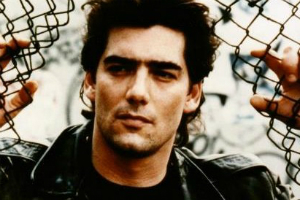 All Movie Guide says Wahl was born Anthony Calzaretta on October 31, 1954 in Chicago, Illinois. However, a Newspaper Enterprise Association syndicated article in 1988, citing records checked by the CBS publicist for Wahl's television series Wiseguy, gave February 14, 1957, a date that coincided with that of his high school graduation: "A call to Bremen High School in the Chicago suburb of Midlothian reveals Wahl graduated from there in June 1975, presumably at age 18."

Wahl himself is elusive about his personal life. Entertainment Weekly wrote in 2004,

The mystery surrounding Wahl goes all the way back to the beginning. Ken Wahl was born in Chicago on... well, no one quite knows when Wahl was born. Some reports say Halloween 1954, others say Valentine's Day 1956, but these reports seem to be attempts by the actor to stymie curiosity seekers. "There's a reason for that," Wahl states cryptically, "but I'm not gonna get into why." Oh, one other thing: Ken Wahl is not actually Ken Wahl. At least he wasn't when he was born. While he declines to disclose his birth name, he does say that the moniker he's gone by for the past 25 years is the name of the person who saved his father's life in the Korean War.

According to his official biography, he was born "in a tiny apartment on the south side of Chicago, in the late fifties, when a young couple welcomed ... their third child, Kenny." In the late 1960s, it continues, his "family of 8" moved to the New York City borough of The Bronx, where he attended junior high and, for a time, high school. The NEA article, however, says Wahl was the ninth of 11 children from a blue-collar German/Italian family and "attended different high schools as the family moved to the  suburbs of Midlothian and Worth." According to Entertainment Weekly, Wahl played baseball, as a shortstop, in unspecified venues that might have included youth leagues and high school teams, before crashing a motorcycle and hurting his knee at age 16. His official biography says he then worked as a janitor while in high school and as a gas-station attendant at his family's service station. After graduating from Midlothan's Bremen High in 1975 or dropping out of high school, he left home, his bio says, "at the age of 18 ... in his ‘69 Dodge Dart" and crossed the United States working odd jobs. Eventually living in Los Angeles, he worked as an extra on movies including The Buddy Holly Story (1978). By 1981, Wahl's father had remarried, and in-between acting jobs Wahl stayed in Chicago with his father and stepmother or with his sister.

Wahl first gained recognition in 1979 when he was cast in the leading role of director Phil Kaufman's film The Wanderers. He was subsequently cast opposite Paul Newman in Fort Apache, The Bronx (1981), and went on to play the lead in movies including Race for the Yankee Zephyr (1981), The Soldier (1982), Jinxed (1982), Purple Hearts (1984) and other films. He then suffered another motorcycle crash, while on his way to meet with Diane Keaton about what eventually became the Mel Gibson role in Mrs. Soffel. Not wearing a helmet, Wahl was injured badly enough to require 89 stitches in his scalp.

After appearing in the ensemble of the TV-movie The Dirty Dozen: The Next Mission (1985) and co-starring with Billy Dee Williams in the six-episode TV series Double Dare, Wahl was cast in the lead role of Vinnie Terranova in the television series Wiseguy in 1987. Wahl said the following year, "The feature market dried up for me. When 'Wiseguy' came along I was hesitant to do it, but I thought the quality was good. I had to make a living, so I decided to do it. I didn't have to audition or anything." The show ran until 1990 and brought Wahl a Golden Globe Award, as well as an Emmy Award nomination. Wahl wrote an episode of Wiseguy in 1989 and directed an episode in 1990.

During the second season, he injured himself again, on an episode directed by Jan Eliasberg. As Wahl recalled in 2004, "She had me walking into my own POV shot, and ... I was stepping up, and the  wheel caught my right heel and it just ripped out the Achilles tendon. ... But she wanted to do it again, so I said, 'Okay, you're the boss.'" Series creator Steven J. Cannell said the camera ran over Wahl a second time, leaving him in such pain Cannell replaced him for three episodes while Wahl healed.

Wahl claimed that in 1992 he had endured another motorcycle crash, but eventually confessed to having fallen down a flight of stairs at the home of comedian Rodney Dangerfield's girlfriend and eventual wife, Joan Child. "We were dating casually," Wahl said in 2004. "I stayed over at her house one night, fell down these stairs, and she begged me not to say that in the press." As his official biography describes the incident,

n August of 1992 ... Ken accidentally fell down some slippery marble stairs at a friend’s home, causing his neck to break and his spinal column to be injured. Because his friend was in the public eye, she asked Ken not to say where the accident occurred. So, later on, when the media inquired about the scar on his neck, Ken simply offered the explanation that he had broken his neck in a motorcycle accident, in a sincere effort to protect the privacy of his friend.

Wahl, blaming a "botched" surgery and the refusal of doctors to prescribe pain medication, said he told himself, "Okay, I can't get a prescription, so I'll get a bottle of vodka. I was in such chronic, agonizing pain 24 hours a day that I started drinking to kill the pain." After gaining weight through lack of exercise, and with a growing alcohol problem, he worked 16 days on the reunion movie "and barely got through it. That's when I knew I couldn't do it anymore."

Wahl married his first wife, former Penthouse Pet of the Year Corinne Alphen, in 1983 or 1984, (sources differ), divorcing in 1991. They had one child, Raymond. Wahl married his second wife, Lorrie Vidal, in 1993 and divorced in 1997. Wahl said he met Shane Barbi (twin sister of Sia Barbi, glamour models known as the Barbi twins) at a grocery store in 1996, and they married on September 17, 1997. They renewed their wedding vows in 2008.

In 1995, Wahl was charged with disturbing the peace and arrested on an outstanding warrant for a drunken-driving charge, eventually pleaded nolo contendre to both charges and receiving probation. A year later, he was arrested for allegedly threatening a bartender with a hunting knife for refusing to serve him alcohol. He pleaded nolo contendre again and was ordered to enter a live-in alcohol rehabilitation program. Wahl says he and Barbi married after attending 12-step meetings together.

Wahl and his wife Shane Barbi are supporters of animal rights and of disabled United States military veterans. On January 19, 2010, he offered his Golden Globe Award as part of a reward then being assembled by the Second Chance Rescue Center in Sioux Falls, South Dakota, to help find and convict the person who glued a 7-month-old orange tabby to Minnesota State Highway 60, where travelers found it on December 18, 2009; the cat, whom rescuers called Timothy, died days later.

In 2012, Wahl stood against the Hayden Law Repeal, which would have revoked the Hayden Law for shelter pets in California, which had extended the number of days owners had to find their lost pets or for injured animals to receive donations or to be adopted. For 2012's Memorial Day holiday, Wahl sent a message saluting the military, alongside the group Pets for Patriots, supporting adoption of pets for veterans.

Later in the year he took part in the documentary Saving America's Horses, about both wild and domestic horses and the issues that plague them. In December 2012 he reiterated the need to support wounded veterans, and possibly reduce suicide rates, by pairing rescued animals with veterans. He has said of Israel, "e should defend them at all costs. They're the only democracy in the Middle East."