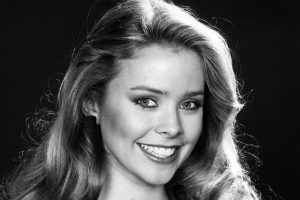 Kristina Wagner (born Kristina Crump on October 30, 1963) is an American actress best known for her role as Felicia Jones on the ABC soap opera General Hospital. She is sometimes credited by the name Kristina Malandro.

In 1984, Wagner got her big break when she was cast as Felicia Cummings on General Hospital, appearing in the role on a contract basis until 2003. After a brief departure, she returned to the series in a recurring capacity in 2004. In May 2005, however, Wagner asked ABC to place her back on contract status for an important storyline involving her character. After ABC refused, Wagner walked, and she was replaced briefly by former Another World actress Sandra Ferguson. Upon Ferguson's departure in 2005, the character was absent from the canvas until late 2007, when Wagner again returned for a month-long stint.

In 2012, it was announced that Wagner would once again reprise the role of Felicia, first airing on April 27.

In 2013 it was announced that Wagner is releasing a documentary, Children of Internment, she is producing and directing with her brother, Joe Crump. The documentary concerns the events surrounding the American internment of German-Americans during WWII.

After years of dating, Kristina and Jack Wagner, her General Hospital co-star, married in December 1993. Citing irreconcilable differences, they filed for divorce in February 2001. After two years apart, the Wagners announced that they were working through their problems and privately reconciling, later going public with their news of formal reconciliation in 2004. However, in 2005, the Wagners once again filed for divorce, which was finalized the following year. The couple have two sons together: Peter and Harrison.