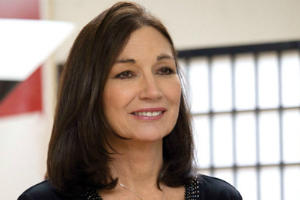 Vaness was born in San Diego and launched her professional career in 1977 with the San Francisco Opera. She made her Metropolitan Opera debut in 1984 and has sung at many of the major opera houses of Europe, including Teatro alla Scala, the Vienna State Opera, Paris Opera, and the Royal Opera House/Covent Garden.

She was particularly known for her Mozart operatic roles, but she has performed in a wide range of operas, including the title role in Giacomo Puccini's Manon Lescaut with the Seattle Opera. She sang Tosca opposite every major tenor of her day, including Luciano Pavarotti, Plácido Domingo and Marcello Giordani.

Vaness teaches at Indiana University. Her hire came as part of the school's "Commitment to Excellence" program, which also brought the matriculation of Jaime Laredo, André Watts and Joshua Bell. She is a tenured professor of voice working with individual students as well as conducting the opera workshop classes. She began teaching in 2006.

A number of her performances are on YouTube, including her most recent concert engagement in October 2008, where she performed the love duet from Pagliacci and "Voi lo sapete" from Cavalleria Rusticana.