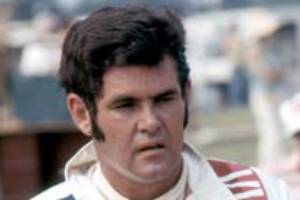 Alfred "Al" Unser (born May 29, 1939) is a former American automobile racing driver, the younger brother of fellow racing drivers Jerry and Bobby Unser, and father of Al Unser, Jr.. He is the second of three men to have won the Indianapolis 500-Mile Race four times, the fourth of five to have won the race in consecutive years, and won in American Championship Car Racing in 1970, 1983, and 1985. He is the only person to have both a sibling (Bobby) and child (Al Jr.) as fellow Indy 500 winners. Al's nephews Johnny and Robby Unser have also competed in that race.

After his son Al Jr. joined the top circuit in 1983, Unser has generally been known by the retronymic name of "Al Unser, Sr."

Unser was born in Albuquerque, New Mexico, the youngest of 4 brothers. His father Jerry Unser and two uncles, Louis and Joe, were also drivers. Beginning in 1926 they competed in the Pikes Peak International Hill Climb, an annual road race held in Colorado.

Joe Unser became the first member of the Unser clan to lose his life to the sport, killed while test-driving an FWD Coleman Special on the Denver highway in 1929.

Al's oldest brother Jerry became the first Unser to drive at the Indianapolis Motor Speedway, qualifying 23rd and finishing 31st in the 1958 Indianapolis 500. However, tragedy struck the next year when he was killed from injuries sustained in a fiery crash during a practice session.

He began racing in 1957, at age 18, initially competing primarily in modified roadsters, sprint cars and midgets. In 1965 he raced in the Indianapolis 500 for the first time and finished ninth.

He won the Indy 500 in 1970, two years after his brother, Bobby. During the race, he led for all but 10 of the 200 laps and averaged 155.749 miles per hour (250.654 km/h). His quick pit stops were a factor in the victory. That season he won a record 10 times on oval, road and dirt tracks to capture the United States Auto Club national championship. Unser competed in USAC's Stock Car division in 1967, and was the series Rookie of the Year.

Unser's bid to become the first three-time consecutive Indy 500 champion was thwarted when he finished second to Mark Donohue in the 1972 Indianapolis 500.

Despite starting the 1978 Indianapolis 500 from the fifth position in an FNCTC Chaparral Lola, Unser's car was considered before the race to be a second-tier entry at best, if not an outright long shot to win. Moving to the front of the field for the first time on lap 75, he and opponent Danny Ongais engaged in an on-again off-again duel for 75 more laps, before an engine failure on Ongais' car on lap 150 allowed Unser to assume a commanding 35 second lead. Although suffering right front-wing misalignment due to impacting a tire on his final pit stop, a situation that led to the lead shrinking steadily over the race's final 20 laps, it nevertheless proved wide enough for victory by 9 seconds to spare at the checkered flag. Unser's race average speed of 161.363 mph (259.689 km/h) ranked as the then-second fastest ever run (one mile per hour less than the then-1972 record), and would not itself be topped for second for four more years.

Ongais crashed into the wall during the first week of practice, suffering a serious concussion, and was declared unfit to drive. Penske then turned to Unser to fill in. Both the new Penske PC16 race car and its new Chevrolet-Ilmor engine had been unreliable throughout testing, practice and qualifying. Penske elected to race the backup car, a 1986 March-Cosworth, the same combination of chassis and engine that had won the previous four Indy 500s. The year-old March was removed from a Penske Racing display at a Sheraton hotel in the team's hometown of Reading, Pennsylvania, and hurriedly prepared for a return to active competition.

At start Unser was in the 20th position. On a day when heavy attrition felled most of the field's front-runners, including the overwhelmingly dominant Newman-Haas entry of Mario Andretti, Unser worked his way steadily forward and took the lead on the 183rd lap, after Roberto Guerrero's car stalled on his final pit stop. Averaging 162.175 mph (260.995 km/h), Unser bested a charging Guerrero by 4.5 seconds to win his fourth Indy 500, only five days before his 48th birthday. In doing so he tied Foyt as the winningest Indy 500 driver and broke brother Bobby's record as the oldest Indy winner.

Unser rode the wave of his fourth Indy victory to secure a ride at Penske for the Michigan 500, Pocono 500, and Marlboro Challenge for 1987. It also helped him secure a ride at the three 500-miles races (Indianapolis, Michigan, Pocono) in 1988 and 1989 as well.

After reorganization at Team Penske in 1990, Unser was finally crowded out of his part-time ride. With competitive rides filling up, and his career dwindling down, he joined the sub-par Patrick Racing Alfa Romeo team for 1990. After dropping out at Indy, Unser crashed in practice at Michigan and broke his leg. He quit the team after the crash.

He spent most of the month of May 1991 shopping around for a competitive ride. The restrictions on the number of leases to the Chevy Ilmor engine kept him out of a ride during the first week of practice. A last-minute deal with the UNO Granatelli team (where he would be Arie Luyendyk's teammate) fell through when there was not enough time to prepare the car. Instead of jumping into another car "just to make the show," Unser sat out the 1991 race and watched from the sidelines for the first time since 1969.

In 1992, Unser entered the month of May for the second year in a row without a ride. During the first week of practice, Nelson Piquet was involved in a serious crash, and was unable to drive. Unser was hired by Team Menard to fill the position vacated by Piquet. Unser drove to a 3rd place finish, his son Al Unser, Jr. won the race. It was Team Menard's best Indy 500 finish, the best finish ever for the Buick Indy engine, and the first time the Buick engine had gone the entire 500 miles (800 km).

In 1993, driving for King Racing, he led 15 laps to extend his career laps-led record.

A month shy of his 55th birthday, Unser entered the 1994 race with Arizona Motorsports, hoping to qualify for what would be his 28th Indy 500. The team was very underfunded, and Unser had considerable trouble getting the car up to speed. On the first weekend of qualifying, he waved off after a poor qualifying lap. After some minimal practice the following day, he quit the team. He announced his retirement on May 17, 1994.

Unser has led the most laps of any driver in the history of the Indianapolis 500, at 644. Unser tied Ralph DePalma's long standing record of 612 laps led on the last lap of his 4th victory.

Unser holds the record of being the oldest driver to ever win the 500 at 47 years old (1987), breaking the previous record set by his brother Bobby.

Unser was the 1978 IROC champion. He also competed in the 1968 Daytona 500 and four other NASCAR Winston Cup & Grand National races, all held on road courses with a best finish of fourth (twice).

In 1998, he was inducted into the International Motorsports Hall of Fame.

He was inducted in the Motorsports Hall of Fame of America in 1991.