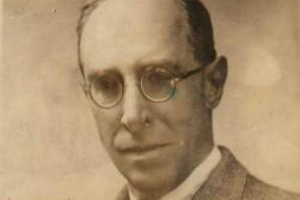 Ubaldi was graduated in Law and Music, at Rome. Fluent in English, French, German, Spanish and Portuguese, in addition to his native Italian, he also knew Latin and Greek language. A student of various philosophical and religious traditions, he distinguished himself as a Christian thinker. He had two sons, Agnese and Franco, who died during the second world war. His Christian belief was not only an intellectual question, but a global dimension, something deeply connected with all his being. A descendant of one of the most renowned and ancient families of Umbria (the Italian region where Saint Francis of Assisi was born), he renounced richness to be faithful to the Gospel. So he was obliged to find a job to live. First he went to Sicily to teach English in a secondary school, then, always as a teacher, he went to Gubbio (Umbria), where he lived twenty years.

He authored 24 books: 12 in Italy and 12 in Brazil. Remarkable for anticipating by a few decades philosophical and scientific concepts later formalized by traditional sciences, including findings by Albert Einstein, The Great Synthesis, describing, among other themes, the unitary aspect of the universe and its consequences to spiritual evolution, is considered one of his principal works. He received the first inspiration for this book at the age of 27 years at Falconara (Marche). One day, on the seashore, he got the enlightenment that made him perceive the essence of the universe. He felt that matter, energy and spirit are different aspects of the same Substance and that their difference is a "kinetic difference", as he states, that is of movement: rotatory as regards matter, wave-like as regards energy, whirling as regards psyche.