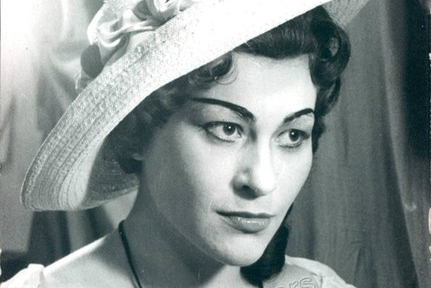 Töpper, the daughter of a music teacher, began her singing studies at the Graz Conservatorium while still at high school. In 1954, she began her career at the Graz Opera in the role of Ulrica in Un ballo in maschera. The first Bayreuth Festival after World War II invited her in 1951 for Wagner's Ring Cycle. The same year, her first performance at the Bavarian State Opera followed as Octavian in Richard Strauss' Der Rosenkavalier. One year later, she became a contracted member there and was in 1957 part of the world premiere of Hindemith's opera Die Harmonie der Welt.

Her significant roles include Dorabella in Così fan tutte, Fricka in Das Rheingold, Brangäne in Tristan und Isolde, Judith in Bluebeard's Castle, the title role in Carmen. She sang in all the great opera house of the world, including London, Vienna, Milan, Brussels, Amsterdam, Rome, Zurich. High points of her career were engagements at the Salzburg Festival and at the Metropolitan Opera in New York.

Besides opera, Töpper was a highly reputed concert singer of lieder and oratorios; her collaboration with Karl Richter in the interpretation of works by Johann Sebastian Bach became reference works.

In 1949, Töpper married the composer Franz Mixa (1902–1994). She was a professor for singing from 1971 until 1981 at the Munich Music College (today Hochschule für Musik und Theater München) where Elisabeth von Magnus was among her students.