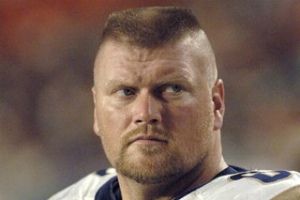 Timmerman attended South Dakota State University for agribusiness and played college football at South Dakota State. While there, he won two Division II All-America honors, was a two-time First-team Academic All-Conference pick, and as a senior, won the "Jim Langer Award", which is given to the nation's top Division II lineman.

After the 1998 season, Timmerman joined the Rams and won another Super Bowl ring in Super Bowl XXXIV. He also made it back to the Super Bowl with the Rams in Super Bowl XXXVI, losing to the New England Patriots. Timmerman was voted a Pro Bowl alternate four consecutive seasons (1999, 2000, 2001, and 2002) and twice (1999, 2001) he was called into duty to play in the Pro Bowl due to injuries to other NFC guards. The Rams released Timmerman on February 27, 2007, and he officially retired following the 2007 season.

Timmerman returned to his agricultural farming back in Cherokee and became the general manager for ICON Ag and Turf (a John Deere dealer).