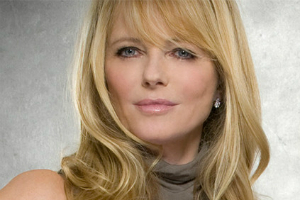 Tiegs began modeling at 17, with covers of Glamour, Seventeen, and Elle. She is the first model to appear three times in the Sports Illustrated Swimsuit Issue issues, and also made the cover of People (magazine) four times, and did three covers of Time (magazine), most notably for the "All-American Model" cover story. Her 1978 poster in a pink bikini became an iconic 1970s pop culture image.

She was the first supermodel to venture into the retail world by starting a signature line of clothing and accessories for Sears. The Cheryl Tiegs line sold nearly $1 Billion USD of merchandise in its 10-year span.

She is a frequent guest on shows focusing on issues of fitness, fashion and beauty. She was a judge on the ABC series True Beauty that premiered on January 5, 2009.

In 2004, Tiegs entered the "Hall of Fame" in the 40th anniversary of Sports Illustrated's Swimsuit Issue.

Tiegs is a sought after speaker on the subjects of health, fitness and the environment. In 2007, she went on an expedition in the Arctic to explore the effects of climate change.

In 2012 Tiegs appeared on NBC's reality TV competition-based program The Celebrity Apprentice, where she was the first contestant to be eliminated.