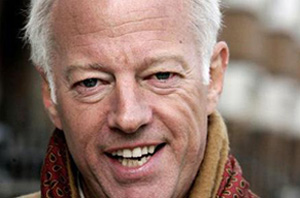 Sir Mark Thatcher, 2nd Baronet (born 15 August 1953) is the son of Margaret Thatcher, the Baroness Thatcher, former Conservative British Prime Minister, and Sir Denis Thatcher, 1st Baronet, and the twin brother of Carol Thatcher. He has two children by his first wife, Diane Burgdorf; Michael Thatcher (who is heir apparent to the baronetcy), and Amanda Margaret Thatcher. He married his second wife, Sarah-Jane Russell, daughter to Terry Clemence, a wealthy property developer and sister to the Viscountess Rothermere, in 2008.

On the death of his father in 2003 he became 'Sir Mark Thatcher' when he succeeded to the Thatcher baronetcy, a hereditary title which had unusually been given to his father in 1990 (this being the only such baronetcy created since 1964).

His early career in business frequently led to questions being raised that he was benefiting from his mother's position, notably in relation to the Al-Yamamah arms deal. In 2004 the Sunday Times estimated his wealth at £60 million, most of which they suggested was in offshore accounts. In 2005 he was convicted and given a four-year suspended jail sentence and a fine in South Africa in relation to the 2004 Equatorial Guinea coup d'état attempt. He left the UK in 1986, and since then has lived in the US, Switzerland, South Africa and more recently in Monaco, Gibraltar, Barbados, Guernsey and Spain.

Thatcher and his twin sister, Carol Thatcher, were born six weeks prematurely by caesarean section in 1953, the same year that their mother qualified as a barrister. Their early years were spent in Chelsea, London. Their mother was narrowly defeated in her bid to become the Conservative candidate in the Orpington by-election, 1955. She was elected to Parliament in the 1959 general election. The children, aged six at the time, featured in her first television interview. His sister observed: "All my childhood memories of my mother were just someone who was superwoman before the phrase had been invented. She was always flat out, she never relaxed, household chores were done at breakneck speed in order to get back to the parliamentary correspondence or get on with making up a speech."

Mark was sent to board at Belmont, Mill Hill preparatory school at the age of eight and then to Harrow School, which he left in 1971 having passed three O-level exams. He failed his accountancy exams with Touche Ross on three occasions.

The children were 16 when their mother entered the Cabinet for the first time as Secretary of State for Education and 25 when she became Prime Minister in the 1979 General Election. A few years later Thatcher caused international embarrassment to his mother. He became lost for six days in the Sahara Desert while competing in the Dakar Rally (see below). His father flew to Dakar, and at its height there were nine aircraft, from Algeria, France and Britain, involved in the search, and also Algerian land forces. The Prime Minister insisted on paying £2,000 personally towards the cost of the search, and an unpaid 11,500 dinar hotel bill, one third of which was for drinks, caused diplomatic embarrassment. After this incident there were headlines about possible conflicts of interest between his business interests and his mother's political visits, including the suggestion that he had received millions of pounds in commission in relation to the Al-Yamamah arms deal (see Career section below). Sir Bernard Ingham, the Prime Minister's press secretary, suggested that he could best help the government win the 1987 general election by leaving the country.

Thatcher moved to Dallas, Texas, in the mid 1980s, where he met his first wife, Diane Burgdorf (now wife of James Beckett), in 1987. Their first child, Michael Thatcher, was born in 1989, and their second, Amanda Margaret Thatcher, in 1993. In 1992 he became 'The Honourable Mark Thatcher' when his mother was made a life peer. In 1996 he moved to South Africa following financial scandals in the US. In 2003 he became 'The Honourable Sir Mark Thatcher' when he succeeded to the hereditary Thatcher Baronetcy that had been given to his father in 1990. He and his wife announced their intention to divorce in September 2005 after eighteen years of marriage, at which point his wife moved back to the US with their children, the same year that he pleaded guilty in relation to an attempted African coup (see below) and questions were being asked in the government about whether he should be stripped of his title.

Following his guilty plea and his divorce, he left South Africa in 2005 for Monaco on a one-year temporary residency permit, while his wife and children returned to the US. Thatcher was unable to get a US visa due to his South African conviction.

His Monaco residency was not renewed as he was said to be on a list of 'undesirables' who would not be allowed further residency and he was required to leave by mid-2006. He was refused an entry visa to the US due to his conviction in South Africa so was unable to visit his children. He was refused residency in Switzerland and settled in Gibraltar, where he married his second wife Sarah-Jane Russell in 2008. Russell is the daughter of Terry Clemence, a property developer and sister to the Viscountess Rothermere. She was formerly married to Lord Francis Russell, the younger son of John Russell, 13th Duke of Bedford.

In 2013 he was reported to spend most of his time in Marbella. He was in Barbados when he received news of his mother's death. He returned to the UK in April 2013 to act as chief mourner at his mother's funeral, which took place at St Paul's Cathedral, London on 17 April 2013.

Having taken various short-term jobs he moved to Hong Kong, where he built up a network of business connections, particularly in the Middle East and in motor racing. In 1977 he set up Mark Thatcher Racing, which ran into financial difficulties.

During the mid- to late 1980s concerns were frequently expressed in relation to his business affairs. In 1984 his mother faced questions in the House of Commons in relation to his involvement in representing a British company, Cementation, a subsidiary of Trafalgar House, to build a university in Oman at a time when the prime minister was urging Omanis to buy British.

He has denied claims that in 1985 he received millions of pounds in commission in relation to the £45 billion Al-Yamamah arms deal, a controversial arms sale by BAE to Saudi Arabia that was possibly the largest arms sale ever; he has not denied that a house in Belgravia, London was purchased for him for £1 million in 1987 by an offshore company controlled by Wafic Said, a middleman in the deal. In 1986 his mother again faced questions in the House of Commons, this time over her son's relationship with the Sultan of Brunei.

The government's PR advisers suggested that it would be best if he left the country. Alan Clark mentions the 'Mark problem' in his published diaries. He moved to Texas, where he worked for David Wickins of Lotus Cars and British Car Auctions and met his first wife in 1984. In the USA he started Monteagle Marketing which was a profitable company selling whisky and clothing. During this period he spent time in Switzerland as a tax exile until he was forced to leave when the Swiss authorities started to question his residency qualifications. He helped arrange the valuable contract for his mother's Downing Street memoirs in the 1990s. A security alarm business he ran in the US failed and in 1996 he was prosecuted for tax evasion, at which point he moved to Constantia, South Africa, with his wife and their two children.

In 1998 South African authorities investigated a company owned by Thatcher for allegedly running loan shark operations. According to the Star of Johannesburg, the company had offered unofficial small loans to hundreds of police officers, military personnel and civil servants, and then pursued them with debt collectors. He claimed that officers had defrauded him and charges were dropped. It was also suggested that he had profited from contracts to supply aviation fuel in various African countries. In 2003, following the death of his father, he assumed the title of 'Sir' due to his Thatcher Baronetcy a year before he was arrested in South Africa in connection with the 2004 Equatorial Guinea coup d'état attempt. He pleaded guilty to breaking anti-mercenary legislation in January 2005 (details below). At this time the Sunday Times suggested that he had personal assets of £60 million, most of which was in offshore accounts.

Thatcher was arrested at his home in Constantia, Cape Town, South Africa, in August 2004 and was charged with contravening two sections of South Africa's "Foreign Military Assistance Act", which bans South African residents from taking part in any foreign military activity. The charges related to "possible funding and logistical assistance in relation to  attempted coup in Equatorial Guinea" organized by Thatcher's friend, Simon Mann. He was released on 2 million rand bail.

On 24 November 2004, the Cape Town High Court upheld a subpoena from the South African Justice Ministry that required him to answer under oath questions from Equatorial Guinean authorities regarding the alleged coup attempt. He was due to face questioning on 25 November 2004, regarding offences under the South African Foreign Military Assistance Act; these proceedings were later postponed until 8 April 2005. Ultimately, following a process of plea bargaining, Thatcher pleaded guilty in January 2005 to breaking anti-mercenary legislation in South Africa by investing in an aircraft "without taking proper investigations into what it would be used for", admitting in court that he had paid the money, but said he was under the impression it was to be invested in an air ambulance service to help impoverished Africans. The judge rejected this explanation and Thatcher was fined R3,000,000 rand and received a four-year suspended jail sentence. An advisor to Equatorial Guinea's President Teodoro Obiang Nguema Mbasogo told the BBC's Focus on Africa programme that: "We are confident that justice has been done", and did not indicate that the country would seek Thatcher's extradition.

During his trial in Equatorial Guinea in June 2008 Simon Mann said that Thatcher "was not just an investor, he came completely on board and became a part of the management team" of the coup plot.

On 9 January 1982 Thatcher, his French co-driver, Anne-Charlotte Verney, and their mechanic went missing for six days in the Sahara Desert whilst driving a Peugeot 504 in the Dakar Rally. They were declared missing on 12 January, a large-scale search including six military aircraft from three countries and Algerian ground troops was launched and his father flew to Dakar. The Algerian military spotted them 50 km off course on 14 January.

Before competing he said:

"I've now raced in Le Mans and other things – this rally is no problem".

"I did absolutely no preparation. Nothing."

About the Paris-Dakar of 1982, Thatcher wrote:

"So The Boss (the prime minister) does entirely the right thing, picks up the phone to the ambassador in Algiers and says, "Can you find out what is going on?" The ambassador then rings the prefect of the region who says there are four people missing and that I am one of them."

"We stopped. The others stopped too, took a note of where we were and went on. But the silly bastards – instead of telling everyone we were 25 miles east when they finished the section, they told them we were 25 miles west."

"The biggest story of 1982 was the Falklands war. The second biggest also involved my mother... and me."

Thatcher is entitled the usage of the pre-nominal style "The Honourable" following the elevation of his mother to the peerage as a baroness in 1992; he shares this courtesy with his twin sister, Carol. After the death of his father in 2003, he inherited the Thatcher baronetcy which had been awarded in 1990, the first baronetcy created since 1964. Following his conviction in relation to the Equatorial Guinea coup d'état in 2004, it was suggested that he should be stripped of the title.