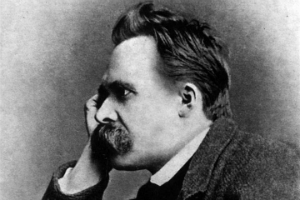 German philosopher who was one of the forerunners in nihilism, existentialism, post-modernism, and anarchism, especially of individualist anarchism.

Stirner's main work is The Ego and Its Own, first published in October 1844 in Leipzig, and has since appeared in numerous editions and translations. Stirner's book can plausibly be claimed to have had an immediate and destructive impact on contemporary left-Hegelianism, to have played a significant role in the intellectual development of Karl Marx. Since its appearance the book has seen periodic revivals of popular, political and academic interest, based around widely divergent translations and interpretations — some psychological, others political in their emphasis. Today, many ideas associated with post-left anarchy's criticism of ideology and uncompromising individualism are clearly related to Stirner's. He has also been regarded as pioneering individualist feminism. His ideas were also adopted by post-anarchism.