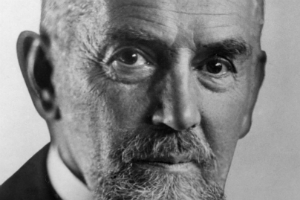 William Stern (29 April 1871 - 27 March 1938), born Louis William Stern, was a German psychologist and philosopher noted as a pioneer in the field of the psychology of personality and intelligence. He was the inventor of the concept of the intelligence quotient, or IQ, later used by Lewis Terman and other researchers in the development of the first IQ tests, based on the work of Alfred Binet. He was the father of the German writer and philosopher Günther Anders. In 1897, Stern invented the tone variator, allowing him to research human perception of sound in an unprecedented way.

Stern was born in Berlin, the grandson of the German-Jewish reform philosopher Sigismund Stern. He received his PhD in psychology from the University of Berlin, where he studied under Ebbinghaus in 1893. He taught at the University of Breslau from 1897 to 1916. In 1916 he was appointed Professor of Psychology at University of Hamburg, where he remained until 1933 as Director of the Psychologic Institute. Stern, a Jew, was ousted by Hitler's regime after the rise of Nazi power. He emigrated first to the Netherlands in 1933, then, he fled to the United States, where he was appointed Lecturer and Professor at Duke University. He taught at Duke until his death in 1938 because of a heart attack.

He was married to Clara Joseephy, a psychologist. They had 3 children: Hilde, Eva and Günther, who became an essayist and thinker as well.

Stern was considered in his time as a leading youth psychologist and one of the foremost authorities in differential psychology. He introduced to intelligence testing the concept of the intelligence quotient or I.Q., the practice of dividing the developmental age by the chronological age. Stern's philosophy, which is laid down in several voluminous books, was expressed as a form of personalism.

Stern also wrote about the persona of groups of people. He viewed large institutions like the church as living entities with personalities. He is quoted in the Dutch book De levende Onderneming ("The Living Company") by Arie de Geus who uses Stern's philosophy to explain the longevity of certain companies like Shell Oil and Mitsubishi.