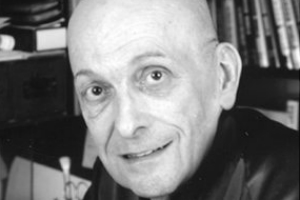 American second generation astrologer, lecturer, teacher and metaphysician. One of the finest data collectors of the 20th century, he is noted for his precise Steinbrecher Collection, entered on John Woodsmall's Pathfinder Program. Editor and contributor to Aquarian Changes, Edwin is the originator of new concepts in astrology such as shadow-dancing, the alien patterns and role-reversal in women's charts.

Ed was raised in a family of astrologers, including his mother, several aunts and uncles. He learned the language of astrology from the age of five and took classes with his aunt and godmother, Josephine Siska. A restless youth, he joined the Army as a conscientious objector, serving in the medical corps. On 4/23/1953, he volunteered for experiments in lowering body temperature, in order that army medics could find how best to readjust the temperature of soldiers after freezing-trauma. During the procedure, he "flat-lined" in an NDE. During the few minutes when he was dead, he experienced such bliss that it changed him forever and affirmed his life direction.

Ed delved more deeply into the metaphysics of consciousness, using the tools of Jungian analysis, tarot symbolism and the I Ching, from Taoism, kabala and many other internally directed methods of discovery. He was looking for a way to transcend the horoscope, a method of transformation rather than going along with the internal blueprint of the chart. He believed that "surely the reality we perceive is coming from within us and not happening to us."

During the initial experiments and development of the Inner Guide Meditation during the ‘60s, Ed had a dream, which had a profound affect upon him and his life choices. In this dream the stars came together spelling out the word "D.O.M.E." across the night sky. He later found this to be an acronym for the Latin phrase dei omnes munda edunt, which translates: all the Gods/Goddesses bring forth the worlds. D.O.M.E. was founded 4/05/1973, in Santa Fe, New Mexico.

In 1982, his book was published, "The Inner Guide Meditation," in which he explained that each of us has a personal Inner Guide who is here to help us learn who we are and realize our greatest potential. Review magazines wrote that his book outlined one of the finest examples of guided imagery in the New Age venue.

As founder and director of D.O.M.E., Ed took a role that came naturally to him, that of teacher and mentor. Though he loved Santa Fe, he moved to Los Angeles where his work and teaching could reach more people. With master classes, lectures and personal interviews, he reached and touched the lives of thousands, unfailingly generous and caring.

In the late '80s he began to restrict his activities due to emphysema. From about 1993 he became increasingly reclusive, turning the activities of DOME over to his nephew, Steve Connors and David Benge, his co-founder. On 1/26/2002, 12:40 PM, Los Angeles, Ed quietly returned to the radiance of light that he had seen 51 years before.

In addition to The Inner Guide Meditation, Ed's rich lifetime contributions to the field include The complete Steinbrecher Astrological Data Collection on CD-ROM or disk and LIFE*SCAN, a personal astrological computer analysis written by Ed Steinbrecher and John Woodsmall with additional text by Stephen Connors. The computer program for LIFE*SCAN was created by John Woodsmall. All of his materials are available online at D.O.M.E.