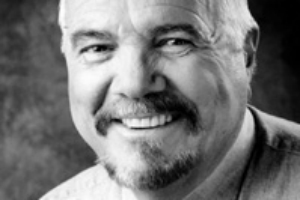 American occult writer, the author of several books including "The Double Thread," 1976, "Homesick for Heaven: You Don’t Have to Wait," 1989, and his most recent work, "It’s All God: The Flowers and the Fertilizer."

Starcke served as a naval officer during World War II before beginning a Broadway career. He worked as the assistant director to John van Druten during production of the musical, "The King and I," and became friends with the likes of Gore Vidal, Truman Capote, Tennessee Williams and Noel Coward. Although relatively successful in his theater career, he had always felt there was something missing in his life; hoping to find "universal truths," he began to study the religions of the world. He left the theatre in the early 1960s and traveled extensively, including six trips around the world.

He eventually settled in Key West, Florida, where he helped form the "Old Island Restoration Foundation," and in 1962, he was honored for his accomplishments by being named "Industrialist of the Year." By 1974, Starcke had decided to take a sabbatical from his writing career, a self-imposed break that ultimately lasted until 1989. He moved back to his native Texas and purchased a ranch. He later developed the property into an internationally successful seminar center and resort called "Guadalupe River Ranch."