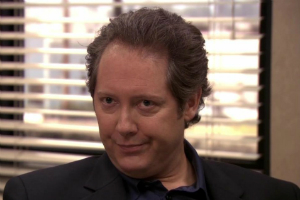 American actor who landed his first role in "Team Mates," 1978 and spent the 1980s being cast endlessly as the quintessential yuppie. It was not until 1989 that he emerged as a significant talent in "Sex, Lies, and Videotape," for which he earned the Best Actor award at the Cannes Film Festival.

He is the son of Todd and Jean Spader and discovered his passion for acting while attending high school. Though both parents were schoolteachers, James dropped out of Phillips Andover prep school at 17, moved to New York, and enrolled at the Michael Chekov Studio where he studied drama. In order to support himself until he became successful in his chosen field, he bused tables, cleaned stables and taught yoga.

Spader’s success continued to grow after "Sex, Lies, and Videotape," and in 1990, he appeared in "White Palace" opposite Susan Sarandon, a somewhat controversial role that brought him wide acclaim. During the next ten years, he appeared in many films including "True Colors," 1991, "Stargate," 1994, "Two Days in the Valley," 1996, and "The Watcher," 2000. He has been a hit in the TV series "Boston Legal." Spader says he has enjoyed working in all of his films and will do so in the future, as long as he doesn’t have to watch any of them.

He married Victoria Kheel in 1979; they have two children, Sebastian and Elijah.