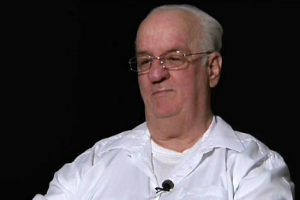 American homicide, a serial killer of 13 prostitutes in upper New York. A weird kid, he was unusually quiet and baby-talked up to the time he was five or six. He was a bed-wetter who played with imaginary playmates, and tried to run away from home frequently. He was violently and painfully raped by an older man when he was a kid.

As a youth, he claimed that he had sex with girls and as a teen, he began a relationship with an older women who taught him all the tricks including oral sex. He learned to please the older women whom he saw and also had sex with younger boys and farm animals. He found that torturing and killing an animal was a great rush, especially during bestiality.

During military duty in Viet Nam, Shawcross witnessed and participated in sadistic acts. He related that he killed and butchered victims, sex-tortured and cannibalized Vietnamese women. By this time he was unable to tell the difference between truth and fantasy; records show that he was never in combat or on jungle patrol. After 'Nam, he returned to home to a cold welcome from his mom and resumed residence with the third woman whom he married.

He began a spree of felony, arson, rape, murder, and cannibalization of the genitalia of both male and female victims.

Released on 4/28/1987, Shawcross did manual labor, food packaging in produce marketing. Within short order, local prostitutes were reported missing and their bodies found later. Shawcross was caught, and convicted in November 1991.