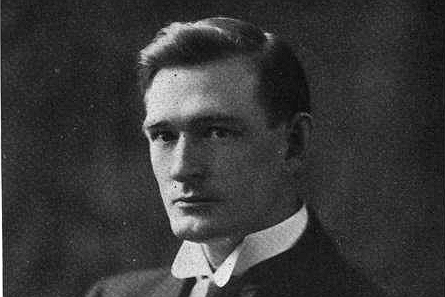 An eminent English Theosophist, Sepharial was a well-known and respected astrologer in the late 19th and early 20th centuries and wrote numerous books, some of which are still highly regarded today. He was editor of "Old Moore's Almanac", which is still published in the 21st century.

As a young man Sepharial initially studied medicine and followed this up with studies in psychology, oriental languages, astrology and numerology. In 1886 he started to write an astrology problem page in the Society Times, where he answered the public's questions, and in 1887 at the age of just 23 was admitted to the "inner sanctum" of the Theosophical Society. He was in fact one of the founder members of the Theosophical movement in England. Madame Blavatsky (whom he lived with until her death) called him "The Astral Tramp" because of his nightly explorations into the astral plane.

He became a very influential author in the fields of the occult, astrology and numerology, and his writings had a considerable impact on E. H. Bailey and Alan Leo, who he introduced to Theosophy. He can be credited as the first astrologer to use Earth's "dark moon" Lilith in his calculations. Genuinely erudite, Sepharial had for example a greater knowledge of mathematics, astronomy, and historical methodology than most of his astrological contemporaries and this showed in his writings. Sepharial's "Degrees of the Zodiac Symbolised" (co-written with Charubel) foreshadowed Marc Edmund Jones's subsequent (and nowadays better known) work on Sabian Symbols. However, many of his books and other works were put together in a rather slapdash way[clarification needed], which made his reputation less enduring than it might have been. A colourful character, Sepharial started a number of astrological magazine, all of which failed to establish themselves.