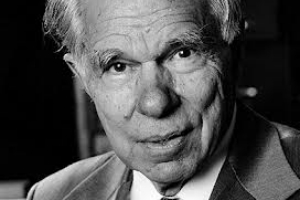 American scientist, a multifaceted nuclear chemist and Nobel prize winner for his discovery of the radioactive element plutonium, the first scientist to head the Atomic Energy Commission. He also played a key role in the World War II Manhattan Project which produced the atomic bomb. He discovered ten atomic elements, including plutonium and one that now bears his name. The wide diversity of his interests and activities earned him the one-time citation in the Guinness Book of World Records for having the longest entry in Who's Who.

Born in Ishpeming, Mich., Seaborg moved with his family to southern California in 1922 and settled in what is now part of South Gate. His childhood and adolescence were normal: He attended local public schools, played football, and delivered newspapers, and showed no real interest in science until an enthusiastic high school teacher inspired an interest in physics and chemistry. He graduated valedictorian from his high school in 1929, then worked his way through UCLA maintaining a high enough average to be elected to Phi Beta Kappa in his junior year. His teachers encouraged him to pursue a career in nuclear chemistry, and after receiving his B.A. degree in 1934, he transferred to Berkeley for graduate study where he received his Ph.D. in chemistry in 1937. He began a life-long association with Lawrence Berkeley National Laboratory in 1934 as a graduate student, going to work at the UC Radiation Laboratory and joined the UC Berkeley faculty in 1939.

He got into nuclear chemistry, he claimed, "by accident" when asked to isolate some radioisotopes by physicist Jack Livingood. It took five years, but Seaborg and Livingood discovered or characterized iodine-131, iron-59 and cobalt-60, all of which had medical applications. Ironically, iodine-131, which was widely used for diagnosing and treating thyroid disease and other disorders, extended the life of Seaborg's mother. His best known role is in the discovery of plutonium in February 1941, when he and several others bombarded a sample of uranium with deuterons and transmuted it into plutonium. Plutonium's potential for bomb construction was obvious to Seaborg and others, but no one had isolated plutonium.

Seaborg went to the University of Chicago's Metallurgical Laboratory in April 1942 with orders to isolate plutonium in the amounts required. By August of that year, he and his group had isolated enough plutonium for it to be seen under a microscope and by September 10, they had enough to weigh. By December, they had worked out a production process for the element. Based on Seaborg's separation scheme, full-scale production of plutonium began in December 1944. He was part of the Manhattan Project, which managed the creation of the atomic bomb.

Following his work with plutonium, Seaborg turned back to research and soon made his most important contribution to physics theory, which was his development of a concept of the "actinide series," that enabled him to predict the chemical properties of the elements beyond uranium. The theory allowed a redesign of the periodic table, which shows the chemical and physical relationships of all the elements, thus giving Seaborg the distinction of being the only person to restructure the periodic table since it was first devised in 1869.

After the war, Seaborg returned to Berkeley as a full professor, taking most of his research group with him. By 1950, they had discovered two more elements-berkelium, No. 97, and californium, No. 98. The latter discoveries brought him the Nobel Prize in 1951.

Seaborg became chancellor at UC Berkeley, where he promoted educational reform, recycling of scarce resources and nuclear disarmament, and enlarged on his love of sports by co-founding the Pacific 10 athletic conference. He was chairman of the Atomic Energy Commission under Presidents Kennedy, Johnson and Nixon (1961-1971). He also served as president for both the American Association for the Advancement of Science and the American Chemical Society.

A major advocate of nuclear arms control, international cooperation in science, and conservation of natural resources, he wrote more than 500 scientific articles and numerous books including an autobiography published September 1998, entitled, "A Chemist in the White House: From the Manhattan Project to the End of the Cold War."

He held more than 40 patents, including the only ones for a chemical element (americium and curium), and was awarded more than 50 honorary doctoral degrees. He is also distinguished for receiving the National Medal of Science in 1991, the nation's highest award for scientific achievement.

On 6/06/1942, he married Helen Giggs, who was secretary to Ernest Lawrence, inventor of the cyclotron. After the war, they designed and built a home in Lafayette, Calif., which eventually housed their six children. Their oldest child, Peter, died in 1997.