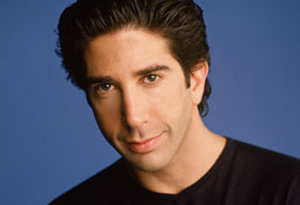 His first leading film role was in The Pallbearer (1996). After the series finale of Friends, Schwimmer was cast as the titular character in the 2005 drama Duane Hopwood. Other film roles include Melman in the computer animated Madagascar films, the dark comedy Big Nothing (2006), and the thriller Nothing But the Truth (2008).

In 2016, he starred as Robert Kardashian in the FX true crime anthology television series American Crime Story about the infamous murder trial of O. J. Simpson.

Schwimmer moved with his family to Los Angeles when he was 2. After graduating from Northwestern University with a Bachelor of Arts in theater and speech he co-founded the Lookingglass Theatre Company. For much of the late 1980s, he lived in Los Angeles as a struggling, unemployed actor.