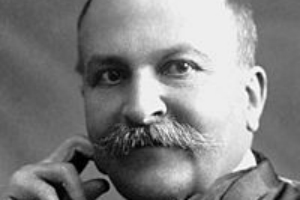 Paul Sabatier (November 5, 1854 – August 14, 1941) was a French chemist, born in Carcassonne. He studied at the École normale supérieure.

He taught science classes most of his life before he became Dean of the Faculty of Science at the University of Toulouse in 1905.

Sabatier's earliest research concerned the thermochemistry of sulfur and metallic sulfates, the subject for the thesis leading to his doctorate. In Toulouse, he continued his physical and chemical investigations to sulfides, chlorides, chromates and copper compounds. He also studied the oxides of nitrogen and nitrosodisulfonic acid and its salts and carried out fundamental research on partition coefficients and absorption spectra.

Sabatier greatly facilitated the industrial use of hydrogenation. In 1897, building on the recent biochemical work of the American chemist, James Boyce, he discovered that the introduction of a trace amount of nickel (as a catalyst) facilitated the addition of hydrogen to molecules of most carbon compounds.

Sabatier was married with four daughters, one of whom wed the famous Italian chemist Emilio Pomilio.

The Paul Sabatier University in Toulouse is named in honor of Paul Sabatier. Paul Sabatier was a co-founder of the Annales de la Faculté des Sciences de Toulouse, together with the mathematician Thomas Joannes Stieltjes.