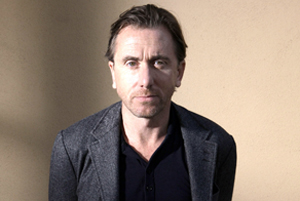 Roth was born in Dulwich, London to a landscape painter mother and a journalist father and attended the Strand School in Tulse hill. His father adopted the German surname Roth after World War II to hide his nationality when traveling in countries hostile to the British.

As a young man, Roth wanted to be a sculptor and studied at London's Camberwell School of Art. After some time there, he tried acting and made his debut at the age of 21 playing a racist skinhead in a TV movie entitled Made in Britain.

In 1984, Roth played an apprentice hitman in Stephen Frears' The Hit with Terence Stamp and John Hurt, earning an Evening Standard Award for Most Promising Newcomer. With that recognition, he appeared in several other films during the end of the decade. In 1989 he had a memorable supporting role as the buffonish lackey, Mitchell, in Peter Greenaway's The Cook, the Thief, His Wife & Her Lover. In 1990, Roth began to enjoy international attention with starring roles as Vincent Van Gogh in Robert Altman's Vincent & Theo and in Tom Stoppard's Rosencrantz & Guildenstern Are Dead.

Roth impressed director Quentin Tarantino and was cast as Mr. Orange in his 1992 ensemble piece Reservoir Dogs. This film paved the way for more work in Hollywood. In 1994, Tarantino cast him again as a robber in the acclaimed Pulp Fiction. They worked again in the 1995 flop Four Rooms. However, Roth returned to the successful road playing viciously evil English nobleman Archibald Cunningham in Rob Roy opposite Liam Neeson. For that role he won an Oscar nomination for Best Supporting Actor, a Golden Globe nomination, and a British Academy Award.

In 1996, he went a different way, starring with Drew Barrymore in Woody Allen's musical comedy Everyone Says I Love You, in which he amused audiences with his comic flair and his singing (in his own voice). He also starred as Danny Boodman T.D. Lemon 1900 (or just "1900") in the movie The Legend of 1900.

In 1999 he made a critically acclaimed debut as a director with The War Zone, a film of Alexander Stuart's novel. In 2001, he made another important move by portraying General Thade in Tim Burton's Planet of the Apes. He turned down the role of Severus Snape in the Harry Potter series of films to take this part.

He is currently working on several projects, including Francis Ford Coppola's Youth Without Youth and the upcoming film The Incredible Hulk, in which he is cast as Emil Blonsky. There are also rumors that he will be cast in the next Quentin Tarantino film called Inglorious Bastards which is slated to come out in 2008. Roth is also linked to Marilyn Manson's first feature film, Phantasmagoria: The Visions of Lewis Carroll, alongside Daryl Hannah, scheduled for a 2008 release.

It has been recently rumored that he has been cast for the part of Pete Townshend for the movie See Me Feel Me: Keith Moon Naked for Your Pleasure with Mike Myers as Keith Moon.

Quotes
"There's a lot of blood in that film. I think there's only nine pints in a body; we had about four gallons." (on Reservoir Dogs)
"Like going to Liberace's house on acid." (On attending the Academy Awards Ceremony)
"I have a bad time between jobs because I'm always convinced I'll never work again. I think it may be an English thing, this fear of unemployment."
"I never do my own stunts...that's actor nonsense." (around Planet of the Apes filming)
"I was having a great time scaring people." (as Thade in Planet of the Apes)
"The War Zone is right. It's the truth. It's the truth about this subject. And I'm bullet-proof on that. Probably more so than I will be on any other film that I make as a director."