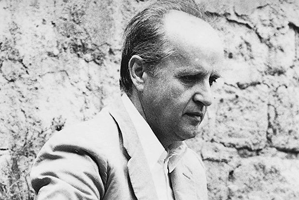 Italian musician and film composer, winning the co-composer Oscar with Carmine Coppola for the musical score of "The Godfather II," 1974.

Born into a family of musicians, Rota began playing the piano in 1919, studying with his mother about the same time he began to compose. In 1923, he entered the Milan Conservatory, studying with Orefice and Pizzetti. While still a child, his family moved to Rome, and he completed his studies at the Conservatory of Santa Cecilia in 1929-30. Considered a musical prodigy, he was already gaining fame as both a composer and a conductor, and his first oratorio, "L'infanzia di San Giovanni Battista," was performed in 1923 in Milan and Paris. In 1926, he composed his lyrical comedy, "Il Principe Porcaro." Rota won a scholarship to the Curtis Institute of Philadelphia, so from 1930-32, he lived in the United States while attending classes in composition and orchestra. After completing his studies there, he returned to Italy and attended the University of Milan, getting his degree in literature. He began to teach in 1937, eventually becoming director of the Bari Conservatory, a title he held from 1950 until his death.

In the mid-1940s, Rota began writing film scores. He began an association with Fellini that ultimately lasted 25 years. They worked together on "La Strada," 1954 and "La Dolce Vita," 1959, among others. He worked with Visconti as well, on "The Leopard," 1963.