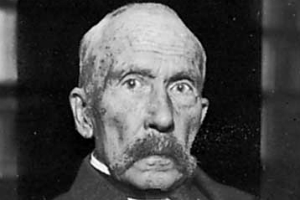 French physiologist who initially investigated a variety of subjects such as neurochemistry, digestion, thermoregulation in homeothermic animals, and breathing. He also devoted many years to the study of spiritualist phenomena.

In 1887 Richet was named professor of physiology at the Collège de France, and in 1898 he became a member of the Académie de Médecine. It was, however, together with Paul Portier, their work on anaphylaxis (his term for a sensitized individual's sometimes lethal reaction to a second, small-dose injection of an antigen) that in 1913 won him the Nobel Prize for Physiology or Medicine. This research helped elucidate hay fever, asthma and other allergic reactions to foreign substances and explained some previously not understood cases of intoxication and sudden death. In 1914 he became a member of the Académie des Sciences.

Richet was a man of many interests, and his works included books about history, sociology, philosophy, psychology, as well as theatre plays and poetry. He was a pioneer in aviation.

He also had a deep interest in extrasensory perception and hypnosis. In 1884 Alexandr Aksakov interested him in the medium Eusapia Palladino. In 1891 Richet founded the Annales des sciences psychiques. He kept in touch with renowned occultists and spiritists of his time such as Albert von Schrenck-Notzing, Frederic William Henry Myers and Gabriel Delanne.

In 1905 Richet was named president of the Society for Psychical Research in the United Kingdom, and coined the term "ectoplasm." He experimented with Marthe Béraud, Elisabette D'Espérance, William Eglinton andStefan Ossowiecki.

In 1919 he became honorary president of the Institut Métapsychique International in Paris, and, in 1929, full-time president.