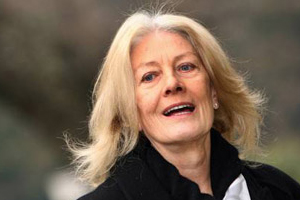 British actress and noted family, the daughter of actor Sir Michael Redgrave (born 3/20/1908, Bristol) and his wife, actress Rachel Kempson (born 5/28/1910, Dartmouth), a distinguished theatrical family. A third-generation actress, she was a tall, gawky kid, 5'11", who gained poise with three years drama training. Her career began to move ahead after 1957, with a Cannes Film Festival Award for "Morgan." In 1978 she won an Oscar as Best Supporting Actress in "Julia."

Redgrave married director Tony Richardson (born 6/05/1928, Shipley, Yorkshire) from 1962-1968; two daughters. He was bi-sexual and later died of AIDS. She lived with co-star Franco Nero; one son 1969. A political activist and rebel, she was often involved in confrontations and demonstrations. She did not work in Hollywood for years due to making her academy acceptance into a political statement. Redgrave has never been one to conform to anyone's expectations.

As of 1998, she is relishing the successes of her children: filmmaker Carlo Nero and actresses Joely and Natasha Richardson. These days you are as likely to see her in an action thriller such as "Deep Impact" as in a serious drama such as "Mrs. Dalloway."