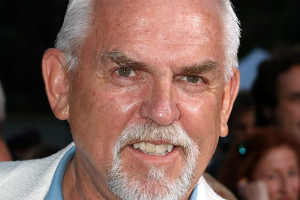 American actor who established himself as Cliff, the know-it-all mailman, a regular on the top hit TV show, Cheers. He actually auditioned for the role of Norm (that went to George Wendt) and when rejected, spontaneously on the spot invented Cliff with a ten-minute shtick that started the producers laughing.

Growing up the middle child with two sisters, Ratzenberger developed a comedy act with a partner from Bridgeport. They took their show to London for ten years, doing theater skits. They earned a grant with their "Sal's Meat Market," the first time that the Arts Council of Great Britain bestowed a grant on an American act.

He had occasional writing assignments for BBC and made some appearances in European films, but he did not make much money. The only supplemental job he could find in London was that of assistant to a tree surgeon.

Ratzenberger was at his life's low point when he auditioned for Cheers. He was signed up for seven episodes with a premier on 9/30/1982. The seven episodes stretched out to a decade as he became one of the beloved regulars on the show.

Easygoing with a joking exterior, he is curious and loves the outdoors. From 1989 he has been head of an environmental-products company that makes recycled packaging and cat litter. In 1993 he donated five acres of his land to a Russian Orthodox monastery. He and his wife, Georgia, live on an island near Seattle, WA.