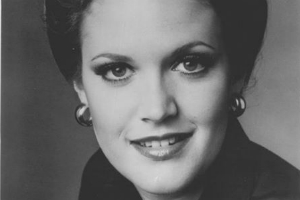 Ashley Putnam (born August 10, 1952) is an American soprano from New York City. Her professional singing career began in 1976 and has spanned over 30 years.

Ashely Putnam began her music career playing the flute. Her mother was an amateur singer and was a regular soloist at the church where she also sang in the choir. The young Ashley began playing the flute and attended the Interlochen Center for the Arts in the summers during high school. Upon graduation from high school, Ashley enrolled at the University of Michigan School of Music as a flute major. There she sang in the university choirs and realized she had vocal potential when she was given solos in choir. She soon switched to a vocal major and, in 1973, was an Apprentice Singer with The Santa Fe Opera during its summer festival.

She completed her Bachelor of Music degree program in May, 1974, and then began her graduate studies at UM. She returned to Santa Fe's Apprentice Singer Program in summer 1975, and then finished her Master of Music degree in December, 1975. She notably studied singing with Ellen Faull. In the Spring of 1976, Ashley was one of two winners of the Metropolitan Opera National Council Auditions.

Her concert credits include performances with the New York Philharmonic, the Concertgebouw, San Francisco Symphony, and the Los Angeles Symphony.