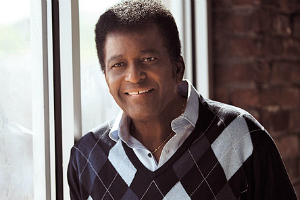 American guitarist, singer and baseball player. With more than 20 million LPs and five million singles sold, Pride qualifies as one of the top 15 worldwide record sellers. He's won three Grammies and was named "Entertainer of the Year" by the Country Music Association. His musical career began in 1963 as country's first black star, selling more records than any artist except Elvis Presley by 1996.

Raised as one of 11 children, Charlie picked cotton and milked cows when young and dreamed of great baseball plans. With baseball his first love, he had his mind set on places like Yankee Stadium, Fenway Park and the Polo Grounds.

He was good enough at 17 to play in the top black baseball leagues and twice earned spring training spots; one for the California Angels and once with the Mets. He played baseball with the American Negro League, Memphis Red Sox and after an Army stint, with the Los Angeles Angels.

As an elevator operator in Memphis, TN he heard about a smelter in East Helena, MT which held open 18 jobs for ballplayers. He would work in the smelter by day and play ball at night. He and his wife, Rozene, moved and became Montanans. In Helena, he began singing in local clubs and performed over the stadium P.A. system.

One night he sang backstage for country star Red Foley who thought enough of his talents to invite him to Nashville. Pride gave baseball one last serious shot in 1961 and when they bounced him, he took Foley up on his invitation. Pride's music career took off in 1965 after some tapes he'd made fell to the hands of Chet Akins who was then the head of RCA's Nashville division.

He and Rozene had three children.

Pride was indicted into the Country Music Hall of Fame during the 34th annual awards ceremony, 10/04/2000, held at the Grand Ole Opry House.

On May 8, 2004 in Dallas, Pride underwent surgery to remove a blood clot from his brain. The country singer is expected to make a full recovery.