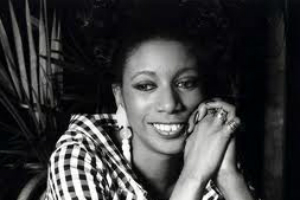 June Antoinette Pointer Whitmore (November 30, 1953 – April 11, 2006) was an American pop/R&B singer and was a founding member and lead vocalist of the vocal group The Pointer Sisters.

Born the youngest of six to minister parents Reverend Elton and Sarah Pointer, Pointer shared a love of singing with her sisters. In 1969, she and sister Bonnie founded The Pointers - A Pair. The duo sang at several clubs, then became a trio later on that year when Anita quit her job as a secretary to join them. The group changed its name to The Pointer Sisters. The trio scored a record deal with Atlantic Records and released a few singles, none of which made any substantial impact on the charts. After a few single releases, sister Ruth joined the group in 1972, making it a quartet. The group then signed with Blue Thumb Records and their careers finally began taking off.

The Pointer Sisters and solo career

Releasing their self-titled debut album in 1973, the Pointer Sisters found fame with pop hit singles such as "Yes We Can Can", the country hit, "Fairytale", and the R&B hits, "How Long (Betcha Got a Chick on the Side)" and "You Gotta Believe" before Bonnie exited from the group to forge a solo career in 1977. June briefly left the group in 1976 to sort out a growing problem with an addiction to cocaine.

The remaining sisters continued on as a trio with June returning to the group and then found huge success, hitting the Top 10 with a cover of Bruce Springsteen's "Fire" (1978), then following that with "He's So Shy" (1980), and "Slow Hand" (1981). They then would release what would be their biggest album to date, 1983's Break Out, which included the hits "Automatic"; "Jump (for My Love)"; a re-release of "I'm So Excited", which became a bigger hit than when originally released in 1982; and Neutron Dance". Other hits from follow up albums included "Dare Me" "Freedom" and "Goldmine". June is notable for being the lead singer of "He's So Shy", "Jump (For My Love)", "Baby Come And Get It" and "Dare Me" among others. The group eventually would receive a star on the Hollywood Walk of Fame.

During the 1980s, June ventured into a solo career, releasing albums in 1983 and 1989. She scored modest hits with "Ready For Some Action" (1983) and 1989's "Tight On Time (I'll Fit U In)". She also performed the song "Little Boy Sweet" for the 1983 film National Lampoon's Vacation. Together with Bruce Willis she scored a top 5 pop single in 1987 with a cover of the Staples Singers' "Respect Yourself". June also gained some notoriety for posing for Playboy magazine in the 80's.

Struggling with drug addiction for much of her career, June was ousted from the Pointer Sisters by 2004 as her sisters hoped and waited for her to become drug-free. Ruth's daughter filled in for June during stage performances.

On April 22, 2004, June Pointer was charged with felony cocaine possession and misdemeanor possession of a smoking device. She was ordered to a rehabilitation facility.

Pointer was divorced from William Oliver Whitmore II after a 13-year marriage that ended in 1991. She had no children.

Pointer had a history of drug and alcohol abuse, and suffered a stroke on February 27, 2006. While in the hospital, she was diagnosed with cancer, which had metastasized in her breast, colon, liver and bones.

June Pointer died on April 11, 2006, at the UCLA Medical Center in Los Angeles, California in the company of her family.