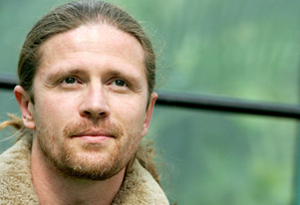 Emmanuel "Manu" Petit (born September 22, 1970) is a French former football player, who played his club football for Monaco, Arsenal, Barcelona, and Chelsea. He represented France at the international level.

Born in Dieppe, Seine-Maritime, Normandy, Petit began his career at minor club ES Argues, before being signed by Arsène Wenger's AS Monaco at the age of 18. He made his debut soon after and played in the 1989 French Cup final. Petit became a regular at Monaco, at left back or centre back; in 1991 he won the Cup with Monaco, and also played in the 1992 European Cup Winners' Cup final (which Monaco lost to Werder Bremen). In 1996-97, his final season at Monaco he captained his side to the Ligue 1 title.

Petit joined Arsenal in June 1997, where he was reunited with his former Monaco manager, Arsène Wenger. Wenger switched Petit from centre-back to defensive midfielder, and partnered him with fellow Frenchman Patrick Vieira. The French duo formed a midfield partnership which brought instant success, as Petit won the Double with Arsenal in his very first season, clinching both the Premier League title and the FA Cup. Altogether, in the three seasons in his Arsenal career, Petit made 118 appearances and scored 11 goals, including a stunning drive from outside the area against Derby County (which was also the winning goal), during the 1997-98 season.

However, Arsenal could not prolong their initial Double success and went trophyless for the following two seasons. Petit moved to FC Barcelona (together with Arsenal team-mate Marc Overmars) in the summer of 2000. At Barcelona he was moved back into defence, and suffered a rash of niggling injuries; as a result, he failed to settle and could not hold down a regular place. He moved back to England to sign for Chelsea in 2001 for £7,500,000. He initially was a first-team regular for the Blues in a largely disappointing debut season and played in the 2002 FA Cup final which Chelsea lost to his old club, Arsenal. His second season saw a significant improvement, as he formed an impressive midfield partnership with Frank Lampard as Chelsea mounted an unexpected title challenge. Petit particularly impressed in the winner-takes-all final game of the season against Liverpool as Chelsea secured the 4th UEFA Champions League berth. However, after a series of knee injuries, he spent much of his final season of his career on the sidelines, and he was released on a free transfer in the summer of 2004. After spending six months looking for a new club, including a training stint with Bolton Wanderers, Petit announced his retirement on January 20, 2005, when he found out he required a knee operation and would probably never regain full fitness.

Playing for the France national team, Petit earned 63 caps and scored 6 international goals in his career and won the 1998 FIFA World Cup and the Euro 2000. He scored twice in the 1998 World Cup, the first came from a powerful shot from just outside the box against Denmark, which turned out to be the match winner, and a second in the final against Brazil. The goal he scored in the final was particularly memorable, as he had embarked on an optimistic run across field before calmly slotting in the goal in the final minute of stoppage time. That same goal happened to be the 1,000th goal in the history of the Fédération Française de Football. France won the match 3-0. An earlier Petit's corner kick had setup Zinedine Zidane's header for France's first goal. Petit was also part of the 2002 FIFA World Cup squad, which failed to advance past the group stages.