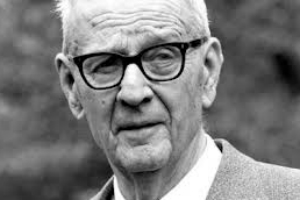 Giorgio Perlasca (Como January 31, 1910 – Padua August 15, 1992) was an Italian who posed as the Spanish consul-general to Hungary in the winter of 1944, and saved 5218 Jews from transportation to Nazi Germany and the Holocaust.

Perlasca was born in Como and grew up in Maserà, province of Padua. During the 1920s, he became a supporter of Fascism, fighting in East Africa during the Second Italo-Abyssinian War, and in the Spanish Civil War (Corpo Truppe Volontari), where he received a gratitude safe conduct for Spanish embassies from Francisco Franco. He grew disillusioned with Fascism, in particular due to the alliance with Nazism and the anti-Semitic laws that came into force in 1938.

During the initial phase of World War II, Perlasca worked at procuring supplies for the Italian Army in the Balkans. He was later appointed as an official delegate of the Italian government with diplomatic status and sent to Eastern Europe with the mission of buying meat for the Italian army fighting on the Russian front. On 8 September 1943, Italy surrendered to the allied forces. Italians then had to choose whether to join Mussolini's newly formed Italian Social Republic or stay loyal to the King and join the Allies' side. Disillusioned with Fascism, Perlasca chose the latter. Whilst in Budapest, he was arrested and confined to a castle reserved for diplomats. After a few months, he used a medical pass that allowed him to travel within Hungary to request political asylum at the Spanish Embassy. He took advantage of his status as a veteran of the Spanish war. Giorgio became "Jorge", and since Spain was neutral in the war he became a free man. He worked with the Spanish Chargé d'Affaires, Ángel Sanz Briz, and other diplomats of neutral states in smuggling Jews out of Hungary. The system he devised consisted of furnishing 'protection cards' which placed Jews under the guardianship of various neutral states, and of creating protected houses in mansions governed by extraterrorial conventions, thereby guaranteeing asylum for Jews.

When Sanz Briz was removed from Hungary to Switzerland in November 1944, he invited Perlasca to join him to safety. However, Perlasca chose to remain in Hungary. The Hungarian government ordered the Spanish Embassy building and the extraterritorial houses where the Jews took refuge to be cleared out. Perlasca immediately made the false announcement that Sanz Briz was due to return from a short leave, and that he had been appointed his deputy for him in the mean time. Throughout the winter, Perlasca was active in hiding, shielding and feeding thousands of Jews in Budapest. He arranged for the use of safe conduct passes on the basis of a Spanish law passed in 1924 that granted citizenship to Jews of Sephardi origin.

In December 1944, Perlasca audaciously rescued two boys from being herded onto a freight train in defiance of a German lieutenant colonel on the scene. Swedish diplomat/rescuer Raoul Wallenberg, also present, later informed Perlasca that the officer who had challenged him was none other than Adolf Eichmann. In a period of some 45 days, from 1 December 1944 to 16 January 1945, Perlasca helped save over five thousand Jews - about four times more than the more famous Oskar Schindler.

After the war, Perlasca returned to Italy, but did not reveal his actions to anyone, including his family, until 1987, when a group of Hungarian Jews he had saved finally found him. A best-selling narrative of his remarkable single-handed valour was written by Enrico Deaglio, entitled, the 'Banality of Goodness', and was turned into a film by the RAI national television corporation.

Giorgio Perlasca died of a heart attack in 1992, having received decorations from the Italian, Hungarian and Spanish governments and is considered by the State of Israel as one of the Righteous Among the Nations. His deeds were the subject of an Italian film, Perlasca, un Eroe Italiano.