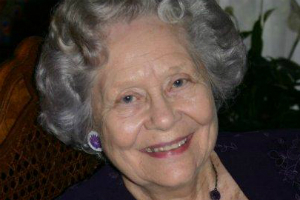 American metaphysician, the author of a number of metaphysical books and founder of one of the more successful New Age communities in America. Reverend Parrish-Harra has been called a practical mystic, managing her Sparrow Hawk Village in the Ozark foothills of northeastern Oklahoma. Her commune is not only a spiritual center but a hands-on business enterprise, housing real-estate development, a press, a lecture bureau, a gift shop and bookstore. The Seminary houses over a hundred students in training for the ministry. In the center of the Bible Belt area of fundamentalism, the commune has land developed and sold several hundred lots to members, sprawling over 442 acres of prime real estate. Carol and her husband Charles Harra keep up the organization, though none of her seven kids are interested in following her path.

Named by Ruth Montgomery as one of the New Age messengers, Carol was a "walk-in," a term coined by Montgomery to apply to spiritual messengers who enter in behind the veil of another personality at certain opportune moments. Prior to the time of the soul exchange, Carol was in the dire emotional, mental and spiritual distress of a life filled with pain. Her NDE (near death experience) was on 11/01/1958, 7:10 AM EST, Clearwater, FL. She was at age 23 in an arranged marriage and giving birth to her sixth child when her lungs collapsed and she made her transition. Floating away she looked down at her body and saw a spiritual "walk-in" enter her body.

In the following years, she left her husband and the Catholic Church and began her deepest search. One of her bibles is "The Aquarian Gospel. Meeting and working with Charles, they bought an old apartment building in Florida before she was inspired to move to Oklahoma. When she moved, some of her followers joined her in their caravan to a new life. At first, local people thought they were a band of witches but she began to fit in with such activities as being volunteer pastor at the town hospital. Many of the commune are retired people. One of Carol's books is "A New Age Handbook on Death and Dying." A neat, average-looking brunette, she has lectured throughout the U.S., Canada, Britain and India.